Visitors on top in Dublin derby 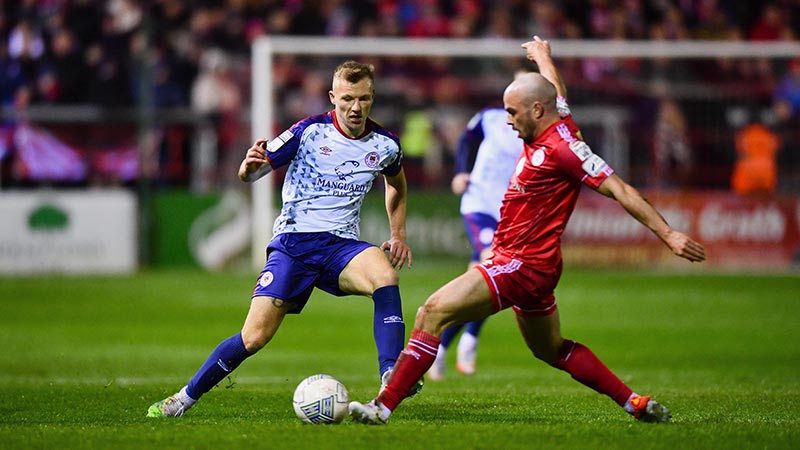 3-0 the final score, Damien Duff’s energetic Reds will feel hard done by given an outright handball in the box didn’t see a penalty awarded in the second half.

A dream opening return for The Reds to the Premier Division was cut short when a Daniel Carr goal was disallowed in the first few minutes, and while Jack Moylan and Luke Byrne looked promising early on the visitors were first to score.

Kameron Ledwidge replaced Shane Griffin in an injury enforced substitution and Mark Doyle picked up a yellow card to exemplify the tensions amid the Dublin clash, the first half ultimately concluding 1-0.

The home outfit’s calls for a penalty were then dismissed quickly by referee Robert Hennessy, before Billy King rattled the post to deny St Pats a third at that stage.

Shelbourne brought in a diversity of replacements from Jordan McEneff, Stanley Anaebonam, Brian McManus and Shane Farrell and really displayed their fitness in the latter stages, but to no overall avail.

They didn’t have to wait long however, as before the 90 minutes were amassed McClellend netted St Pat’s third of the evening.

Chris Forrester claimed the man of the match accolade for his efforts, having inflicted threatening shots on Lewis Webb throughout the night and continuously pulling the strings in midfield.

Next time out Shels look forward to Drogheda United, while Pats host Sligo Rovers at home in Richmond Park next Friday night.