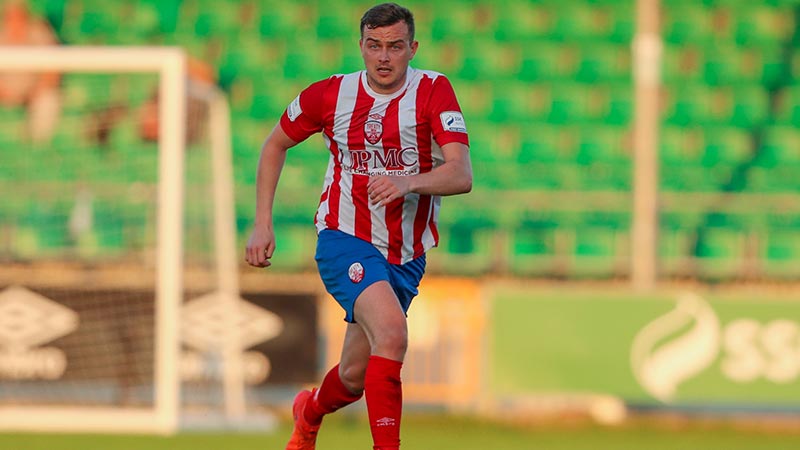 The Limerick club had wobbled against Cork City but have answered any critics with two fine wins, without the concession of a goal.

These sides cancelled each other out in two prior stalemates, and for long periods it seemed like a third would arrive, but the hosts had other ideas.

Second half penalties – the first from Marc Ludden and the second from Enda Curran gave Tommy Barrett’s charges the platform to make it consecutive wins.

It was a tame first 45 minutes - Longford kept possession well and forced a number of corners but didn’t make their former ‘keeper Jack Brady work.

Treaty, played without a recognised striker, looked to Willie Armshaw for inspiration. The Tipperary winger was electric at times, seeking two goals in as many games. He went close on 25 minutes, sending a long-distance strike narrowly wide with Luke Dennison in trouble.

The breakthrough came when Armshaw was tripped just inside the area and Ludden – the chosen spot-kick taker with Curran on the bench – made no mistake.

Curran was introduced immediately, and found himself with the task of doubling lead when he was fouled. Sam Verdon was introduced in the hope of adding to the Longford attack. But he qas quickly heading for the dressing room.

A low, dangerous cross was attacked by Curran, who was pushed by Verdon when he looked likely to score. Ray Matthews pointed to the spot and dismissed the Longford player, giving the Treaty sub the chance to effectively seal the points.

Longford will now look over their shoulder, with both Wexford and Treaty within three points of them in fourth place. Treaty will hope to lose the gap further when they face Bray Wanderers, next time out.