Honours even at Bishopsgate 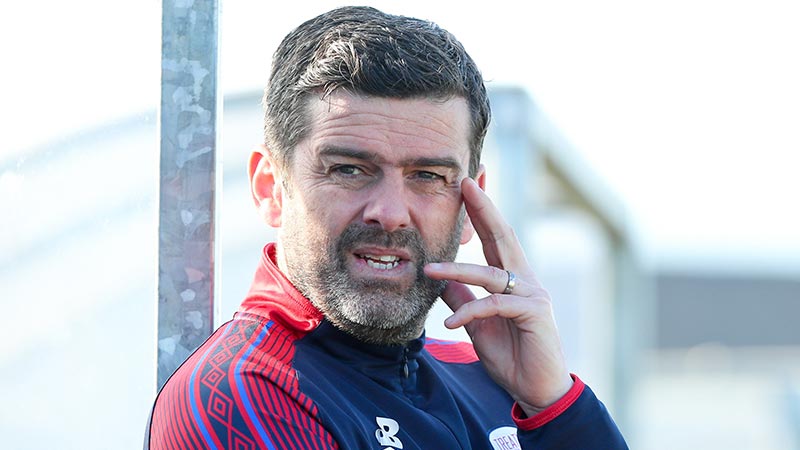 It was honours even at Bishopsgate as the home side were made rue missed opportunities. Treaty Utd keeper Jack Brady was very much the main man making a string of fine saves to keep his goal intact.

After a lacklustre opening half the home side thought they had taken the lead in the 29th minute; a free from Dean McMenamy was headed home by Eric Molloy but it was ruled out for offside.

Shane Elworthy took a powerful shot from distance that was expertly tipped over the bar by Jack Brady. Three minutes later a Marc Ludden free was headed over the bar by Enda Curran. In the 37th minute Curran had a great chance to put Treaty ahead; a mistake by Dylan Barnett allowed Curran through, instead of hitting his shot first time he twisted and turned before shooting and his effort was well saved by Luke Dennison.

In the 60th minute Aaron Robinson hit a powerful effort from about 35 yards out that was saved by Brady, the rebound fell to Sam Verdon but he couldn’t connect with it. Four minutes later and Karl Chambers was to be denied by the Treaty netminder.

Verdon should’ve done better with his effort in the 69th after a fine cross from Elworthy. Down the other end two Treaty subs combined with Dean George putting in a pinpoint cross to William Armshaw but he mis-hit his effort and Dennison was able to claim.

The home side huffed and puffed but couldn’t find a way past Brady. The ball was floated into the box in the 80th minute but Verdon somehow knocked it back across the goal when in a good position at the far post. Darren Craven’s low drive just went wide of Brady’s right hand post in the 84th minute as the home side pressed for a goal.

Dean McMenamy tried his luck from distance in the 87th minute but his effort was well off target. In the first minute of stoppage time Treaty were awarded a free which Marc Ludden took, Dennison dived to his right to push the ball out for a corner and the game finished in stalemate.