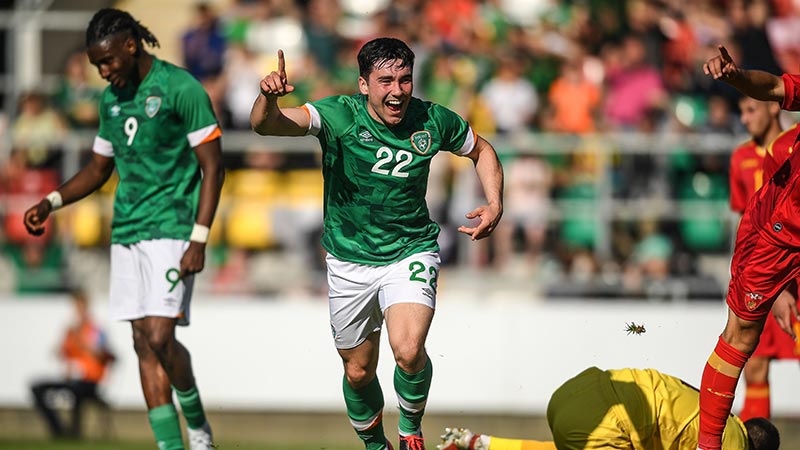 The Republic of Ireland u21’s will face Israel in the play off’s for a place at the 2023 Uefa European Under-21s Championship.

The draw was made this afternoon in Nyon, Switzerland. The young boys in green will take on Israel over two legs between September 19-27th. Ireland will play the first match at home.

Ireland reached a first ever U21s play-offs having won four of their final five games in Group F. They recorded 19 points – the joint highest ever for a U21s campaign.

By securing the play-offs, Jim Crawford’s side have moved up four places in the UEFA U21 rankings from 23rd to 19th – their highest ranking to date at this age group.

Speaking after the draw, Manager Jim Crawford said: “Israel will be a tough opponent, there’s no mistaking that. They finished above Poland and Hungary in their group, who are very good teams at this level, and they also lost narrowly to the group winners Germany in each of their games. They had five players called up to their senior team during this campaign which shows how well they have done.

“The talk from other countries in Nyon before the draw was that Ireland were the preferable opponent to be drawn against – that in itself is motivation for us.

“We’re at home first and we want a big crowd there to support us because we can’t lose sight of the challenge Israel will pose and the crowd will play their part.”