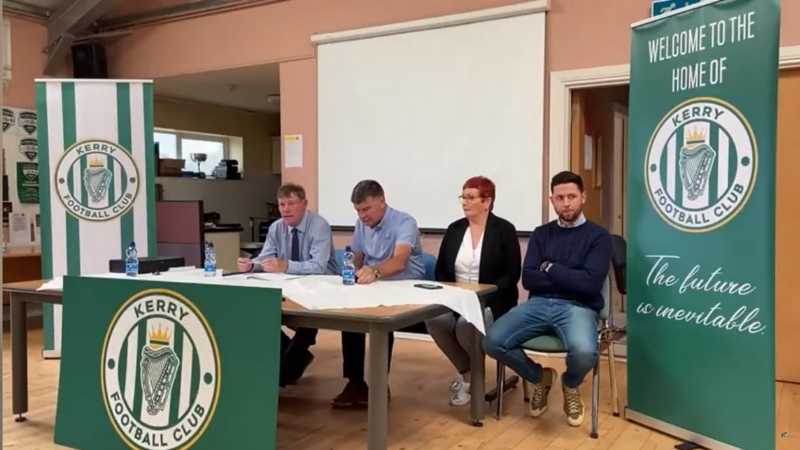 Billy Dennehy will be the Director of Football at the latest League of Ireland club to be born, Kerry Football Club.

The former Sunderland man is in charge of the clubs u19 set up, but will take on the DoF role from next season.

Speaking at a press conference today, Dennehy wants to “provide an elite pathway for players from this county [Kerry] and this region.”

He believes there has never been a pathway for footballers from Kerry’s shores and added most people don’t really understand what it is like to be from Kerry and try become a professional footballer in his opinion.

The Tralee native also pointed out it is “important” a Kerry club “provides a back-up plan for players who return from England.”

“It’s important to me, we provide a springboard back into the game for them. It’s important that we do everything we can off the pitch to provide a platform and then as always, the rest is up to the players and the opportunities that they take from it.”

The former Shamrock Rovers player added that it was very important “the alignment between the administrative side of the club and the support inside the club, was fully aligned strategically on the objectives that you are looking to achieve with a local group of players.”

He returned from his spell in England in 2008 and signed for Derry City where he made four appearances. In January 2009, he moved down south to Cork City. Huge controversy around Cork before the start of the 2010 season was a major reason why he joined the Hoops in 2010.

Following a three-year spell where he scored against PAOK for a Rovers side who qualified for the Europa League group stages, the first Irish side to do so, he returned to Cork.

He topped the club’s scoring charts in 2014 with thirteen league goals and another four in the Cups as City finished runners up to league champions Dundalk. In 2015 Billy continued his scoring run, netting ten times in 25 league appearances as Cork finished runners-up to Dundalk once more.

Billy made his league bow for St Pats on the opening night of the 2016 season against Galway United at Richmond Park and scored four times in 27 league outings.

“For the future of Kerry soccer, there is still a lot of hurdles. All we can do is put our best foot forward”, he finished the press conference with.