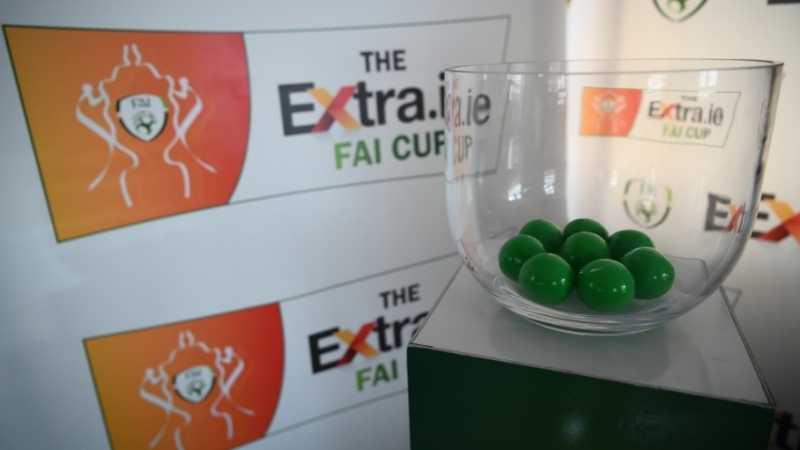 The draw for the FAI Men’s and Women’s cup competitions were made this morning with some mouth watering ties in prospect.

FAI Cup current holders St. Patrick’s Athletic have been drawn at home to First Division side Waterford. The Women’s Cup champions Wexford Youths received a bye into the next round.

League of Ireland champions Shamrock Rovers travel to play Leinster Senior League side Bangor Celtic, while non-league side Oliver Bond have a day out as they travel up to face Derry in the Brandywell. Cork City are set to travel to their local rivals Cobh Ramblers. Games will take place on the weekend of July 31st, with dates and kick-off times for both competitions to be confirmed in due course.

In the Evoke.ie Women’s First Round draw, Finglas United will travel to Peamount United while Sligo Rovers will host Douglas Hall and Cork City will welcome Bonagee United. Ties will be played on the weekend of July 10th with the full draw available below.

League of Ireland Director Mark Scanlon remarked: “The draw for the first round of both the EVOKE.ie FAI Women’s Cup and the Extra.ie FAI Men’s Cup is always a time of great excitement for supporters of all Women’s National League and League of Ireland clubs.”

Speaking on behalf of sponsors Evoke.ie and Extra.ie, DMG CEO Paul Henderson said: “We are honoured to continue our sponsorship of both the Extra.ie and EVOKE.ie FAI cups which represents a decade of support of the FAI. We are delighted both the men’s and women’s draws are taking place on the same day, giving the Women’s cup the equal status it deserves.”

Football Association of Ireland CEO Jonathan Hill commented: “As always we thank Paul Henderson and everyone at EVOKE.ie and Extra.ie for their ongoing support of our senior women’s and senior men’s cup competitions, two of the most iconic competitions in Irish football.”

All ties to be played on the week ending July 10

All ties to be played on the week ending July 31