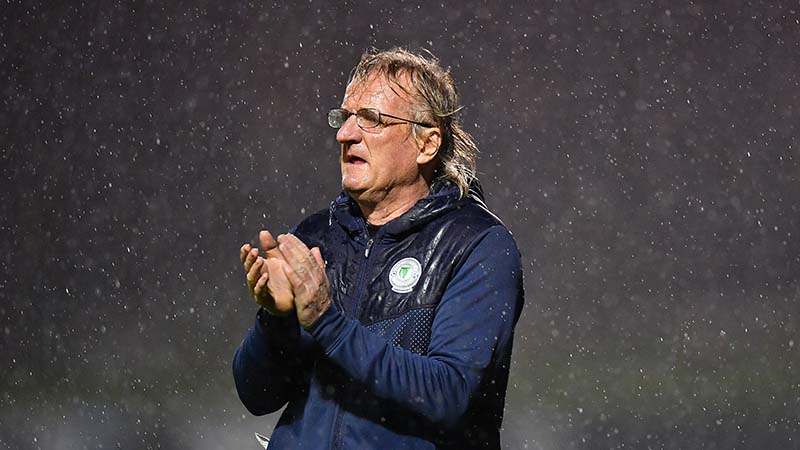 Former Finn Harps manager Ollie Horgan will be back in the League of Ireland next season, as he has put pen to paper to join John Caulfield’s setup at Galway as his assistant manager.

It comes after Horgan departed his role at Harps back in November, bringing an end to his nine-year spell at the Donegal club. One of the league’s biggest characters but is also a cult hero amongst the following, he will now get ready during the off season to face his former club on the opening day.

While he may have been an honorary Donegal man in recent years, having overseen Finn Harps being promoted twice in his tenure as manager, while also reaching an FAI Cup Semi-Final in his first season, to securing the club’s best league finish in over twenty years in 2020.

Galway born and bred he ventures back to Galway to seek a new challenge joining up with John Caulfield, both have plenty knowledge and experience, Horgan is one of the longest serving managers in the League and now moving back to his hometown he looks to bring Galway back to the Premier Division.