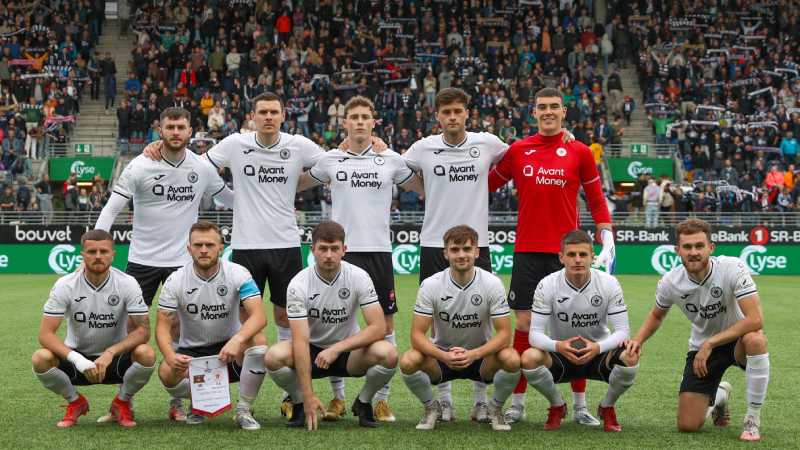 Sligo Rovers endured a nightmare start as their European dreams were shattered by a five goal rout from Norwegian side Viking in their first leg Europa Conference tie tonight.

Two goals in the opening 7 minutes along with two enforced substitutions for Rovers who lost the experienced Adam McDonnell and Garry Buckley to injury before they reached the twenty minute mark.

Rovers did look lively for the remainder of the half but early goals in the second half through substitutes Traore and Sandberg before a late goal from another replacement Austbo put the result beyond doubt.

David Cawley did a convert a penalty late in the game to restore some pride but progress through the tie looks unlikely ahead of next week's sold out clash in The Showgrounds.

It was the worst possible opening for the visitors as a low effort from the edge of the box was saved by McNicholas but the rebound fell kindly for Tripic at the back post who fired it hom and opened the scoring with only four minutes on the clock.

Moments later it was panic stations for the visitors when Adam McDonnell hobbled off to be replaced by Max Mata but before the Kiwi even managed to touch the ball it was double the advantage to Viking as the home side broke down the left side before a switch pass saw the ball fall to the feet of Samuel Fridjonsson and the Icelandic midfielder powered it to the back of the net to make it 2-0.

There was a real concern that Rovers might be at the end of a rout. Losing Garry Buckley, who was stretchered off, after coming out the worst out of a poor challenge saw Pijnaker enter the fray after 20 minutes.

Rovers to their credit never stopped plugging away and a long range effort that worried the Icelandic goalkeeper Patrick Gunnarsson would indicate that the Bit O'Red could possibly get themselves back into the game.

Sligo's hopes of keeping the tie alive were dealt a blow when Traore stroked home early in the second half after Tripic played a ball into his path. The tie was effectively over as a contest when Sandberg found a little space in the box after a beautiful through ball and his effort crept inside the far post of the Sligo goal. The Icelandic midfielder who was in the squad for the 2018 World Cup sealed the tie ahead of the already sold out game in Sligo next week.

Another replacement would have the last impact for the home side when Austbo sent his effort from the edge of the box past McNicholas to remove any doubt about the outcome with less than ten minutes remaining on the clock.

A foul on Max Mata left captain David Cawley with the opportunity to score a consolation from the spot and he dispatched it to the top corner.