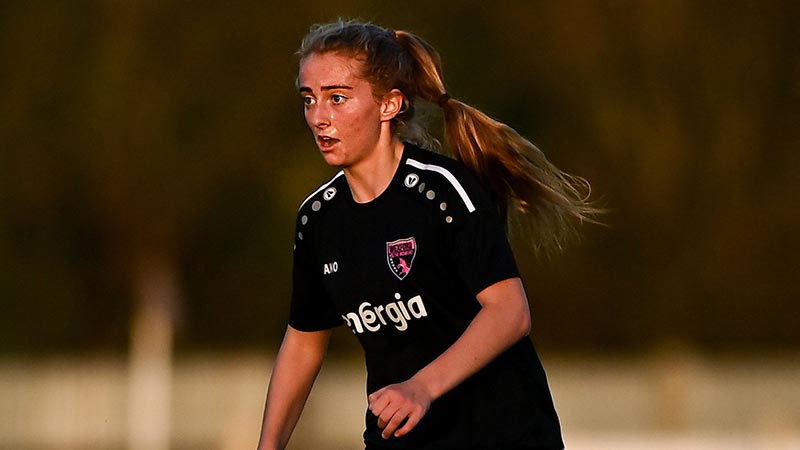 Wexford Youths notched up a cracking performance to defeat Cork City at Turner's Cross in the WNL this afternoon.

Two goals from Aoibheann Clancy, and one from Sinead Taylor; allowed the Youths to keep pace with Peamount.

Former Youths player Sarah McKevitt scored an excellent goal for Cork in the 73rd minute, but it wasn't enough, as Clancy bagged her second five minutes from the end of normal time.

The narrative tells the story of City racing out of the blocks and forcing Ciamh Gray, Wexford’s goalkeeper, into action inside the first two minutes.

It took 10 minutes for the Slaneysiders to put their authority on the game.

They starting getting on top by causing the hosts defence into errors at the back, which were complimented by nervy clearances.

The opening goal came from a speculative, long free from the boot of Clancy. The ball drifted into the home side’s penalty area, deceived everyone and ended up in the net. That goal came on 16 minutes.

The travelling side continued to dominate for the remainder of the half, however pot shots from distance by Aisling Frawley and Lynn Marie Grant, failed to trouble the City goals.

Ellen Molloy did force Abby McCarthy into a great save.

Molloy and Frawley were at the heart of Youths patient play throughout, which varied from looking for deliveries, over the top to playing ball to feet and looking for openings.

Cork had started both halves with high lines, but the concession of possession through errors, meant they had to drop deeper, once Wexford became productive going forward.

In the 54th minute, Taylor doubled Wexford's lead, pouncing to force the ball into the net, after a corner kick hit the crossbar via a deflected header.

Cork City's Becky Cassin and Sarah McKevitt kept fighting into the second half.

McKevitt had an ambitious effort drop wide, before she unleashed, from the edge of the box to beat Ciamh Gray.

That goal in the 73rd minute, look to set up a nervy finish.

However, Wexford secured the three points, when Clancy scored her second, and her side's third, five minutes from time.

It's a case of job done for Wexford Youths, while Cork City continue to improve, but still await that first win of the campaign.