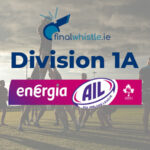 Well, the opening weekend of fixtures certainly didn’t disappoint. Champions Clontarf got their reign off to a winning start, Shannon’s return to the top flight didn’t go as they would have liked and party- poopers Ballynahinch spoiled Lansdowne 150th year celebrations with a shock 34-31 victory on the Aviva back pitch. This and so much more happened on the opening weekend…

END_OF_DOCUMENT_TOKEN_TO_BE_REPLACED 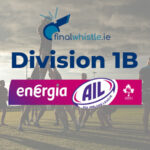 Division 1B proved to be another tightly contested affair, with plenty of games having just a couple of points separating them in the end, while UCC and Old Wesley were big winners.

END_OF_DOCUMENT_TOKEN_TO_BE_REPLACED 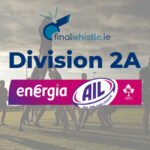 It was an action packed, try galore return to Division 2A of the Energia All Ireland League. New boys Blackrock College kicked off their season with a bonus point win, while there were also victories for MU Barnhall, Queen’s University, Navan and Nenagh Ormond.

END_OF_DOCUMENT_TOKEN_TO_BE_REPLACED 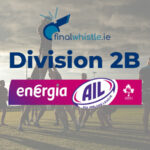 With Division 2B being perhaps the tightest and toughest to call of all the leagues, the results in the opening weekend certainly reflected this. Greystones, Galway Corinthians, Dungannon, Belfast Harlequins and all found valuable early wins in an entertaining round one matchday.

END_OF_DOCUMENT_TOKEN_TO_BE_REPLACED 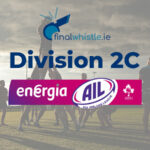 Division 2C of the Energia All-Ireland returned and AIL newcomers Instonians made quite the statement, easing past Tullamore in round one. Skerries, Bruff, Clonmel and Bangor also claimed opening day wins, in a thrilling return to the AIL.

END_OF_DOCUMENT_TOKEN_TO_BE_REPLACED 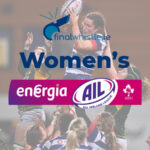 Suttonians picked up their first win of the AIL season with a narrow eight point win, in the only tie in the division this weekend.

END_OF_DOCUMENT_TOKEN_TO_BE_REPLACED

Just the one fixture this week in the AIL Women’s Division, Cooke host Suttonians in a refixed tie that was originally down for decision on the opening day.

END_OF_DOCUMENT_TOKEN_TO_BE_REPLACED

Clontarf will bid to hang on to their 1A crown this season, but face a stern challenge, including that of beaten finalists Terenure College. Shannon move up to 1A and look to hit the ground running early.

END_OF_DOCUMENT_TOKEN_TO_BE_REPLACED

Out of all the 5 divisions across the AIL, 1B is arguably the hardest to call and very unpredictable on a weekly basis. Buccaneers will hope to survive having made the step up this year.

Old Wesley’s last league game was in the semi-final against an inspired Naas who pulled off a major upset to beat them 37-36 in a game that went right down to the wire.

Johnne Murphy will be hoping for a similar result on Saturday. The former Leicester Tigers and Munster player has built a squad full of belief, with a perfect blend of youth and experience. They’ll be a tough challenge for anyone this season.

Old Wesley was the dominant force in the competition last season, rarely putting a foot wrong, however, things didn’t work out as planned. They’ve had a few departures in the summer including scrum half Ben Murphy and second row JJ O’Dea who won the player of the year award last season.

This will be a close contest and both these teams will be aiming to finish at the top end of the table.

This is always an intriguing fixture. There’s never much to separate the sides and we shouldn’t expect anything different this weekend.

St Mary’s narrowly missed out on the playoffs last season, finishing 5th. Former Leinster player and Irish International Sean Cronin is their new Head Coach and he’ll be hoping he can make the difference for them this season.

Old Belvedere would have probably been disappointed by only finishing 7th, but at times they played a brilliant brand of rugby. Their u20’s team has had great success in recent years and they’ll be hoping they can do better this season. They definitely have a capable squad.

Home advantage tends to play a role in this fixture, with the last away win coming back in 2014.

City of Armagh could be potential dark horses in 1B this season. They’ve been improving every season and they could produce some big performances.

Former Irish Head Coach, Eddie O’Sullivan is the new man at the helm for newly promoted Buccaneers. They just edged Queens in an extremely tight 2A final back at the end of April. They’ll be relishing the challenge of being back in 1B this season.

Highfield like Old Wesley have been a standout team in 1B for quite some time and they would’ve been disappointed not to secure promotion last season. But you can be sure that they will be there or thereabouts again this season.

For Banbridge, they avoided relegation thanks to beating Navan in the relegation playoff. They won’t want to be in that position again.

UCC are coming down from 1A. They have strong intentions of heading straight back up. Their first challenge against Malone.

Malone will be looking for more consistency this season and a win on Saturday would give them a massive boost for the other fixtures.

The Energia All-Ireland League returns this weekend and one of the most competitive divisions this season must be 2A.