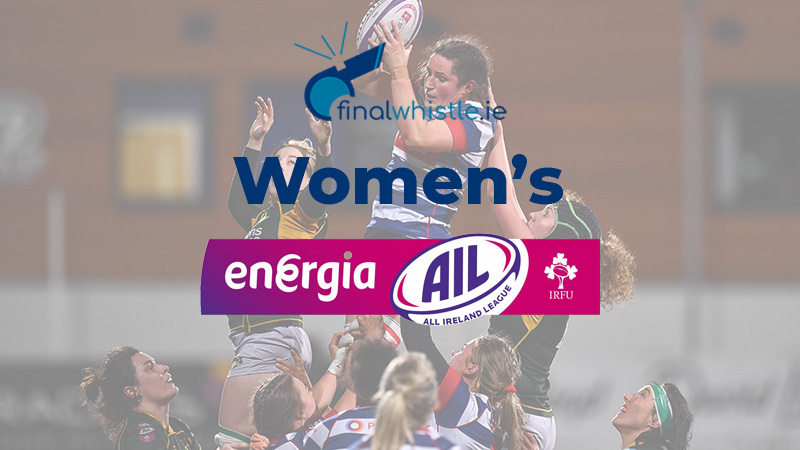 On a weekend of semi-final action, the Women’s Division and Women’s Conference semi-finals need deciding, Blackrock aim to remain unbeaten, while Wicklow and Galwegians look for silverware after missing out on the Division semi-finals.

Blackrock will hope to keep their unbeaten run alive when they host UL Bohs, as Rock look to make the final for the second year running and reverse last season’s defeat to Railway Union.

Blackrock have been nothing short of spectacular this season, captain Michelle Claffey has eight tries to her name this season and while her cameo was brief Beibhinn Parsons notched seven, their scoring has been immense Méabh Deely, Anna Doyle and Maeve Liston all bring huge threat.

The Shannonsiders certainly had a strong comeback at the end of the season to secure fourth, it came down to the wire but they did their job and will now look to claim a huge scalp and make the decider. For large parts of the season it looked like they would finish in the bottom half of the table, but got the points to leapfrog Wicklow and Galwegians who looked the front runners for that final spot.

It is very hard to look past a home win for Blackrock, they are used to putting pressure on early and leading from the off and not letting it slip, if they get ahead of Bohs in those early exchanges in the half, it would take a lot for the Limerick side to comeback against a strong defensive setup.

In the second of our semi final pairings, a huge meeting between second and third, the Dubliners going toe to toe for a place in the final, as Railway hope to retain their title.

Railway were seen as the team to beat for large parts of the season, only Blackrock served as their stumbling block for their perfect record in the league, despite the loss they still are one of the favourites for title success this season.

Belvedere meanwhile lost narrowly to Railway this season, but bring a wealth of knowledge and experience and will now walk away and let the hosts trump, without putting up a fight, they looked strong too this season but defeats saw them into third, they have huge talent to make this game go down to the wire.

With everything at stake for a league final, this semi final looks to be the more competitive of the two, the match ups to thos tie add extra, as both teams have plenty players who can turn match winner, hard to pick a winner but on form Railway looking to rubber stamp their spot in the final.

Wicklow will look to put their names down as the early favourites in the Conference semi final stage, with Ballincollig hoping a chance at silverware remains possible if they can pull out a result.

Wicklow were impressive all year and just missed out on that fourth place spot in the end, with players such as Ella Roberts, they have had a great season and been able to compete at the top level, it’s hard to look past them in this tie.

Ballincollig drew with Wicklow earlier in the season, in a low scoring 10-10 stalemate, one of only two occasions in which they scored points this season, this serves as a game in which they need to show what they can do, it has not been a great season for them, but a chance remains there if they can take it.

Both semi finals offer competitive action, but the tie between Wegians and Sutts is very hard to call, as just three points separated them in the table.

Wegians managed just two wins in the regular seasons and were going well there until they started to slip down the table, they are still a favourite in this competition and will seek silverware as a boost before the cup.

Sutts had the same run of form as their opponents, but less bonus points and a much heavier score difference saw them remain in sixth, they drew in a dramatic tie earlier in the year, but now this is where the business end of the season comes in and results bring silverware, a game that is hard to call but Wegians look the favourties.