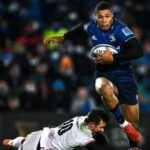 A late try by James Hume capped off a fine performance by Ulster, in the inter-pro derby against Leinster at the RDS this evening. Hume’s late try gave them a 20-10 winning margin, with the result taking them to top spot in the URC.

END_OF_DOCUMENT_TOKEN_TO_BE_REPLACED 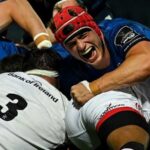 After a number of weekends on the side-line, we are back in United Rugby Championship action, with an Al Irish Interpro taking centre stage this evening, table toppers Leinster come up against second place Ulster in the RDS, with a 7:30pm kick off.

END_OF_DOCUMENT_TOKEN_TO_BE_REPLACED 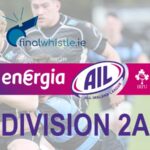 Queen’s University remain in top spot after last weekend’s exploits, in the Men’s Energia All Ireland League Division 2A. While Ballymena and Buccaneers are hot on their heels, waiting to pounce on any slip ups.

Third placed Ballymena will welcome bottom of the table Nenagh this weekend, results have not been favourable for the Tipp side this year, just one win so far as they come into this tie off a heavy defeat.

Ballymena were defeated 24-14 by Cashel last weekend, another shock defeat caused by the fellow Tipperary club, Dean Millar with their only try, as kicker Tim Small recorded the rest of the scores.

Another heavy defeat for Nenagh, as they suffered a 45-15 loss to top of the table Queens University. Conor McMahon and Kevin O’Flaherty crossed for Ormond, but the relentless students caused havoc in the end.

After having their fixture cancelled due to Covid last weekend, Buccs will aim to get back to winning ways this weekend, as they look to climb up the table. Old Boys fell short against Bohs last weekend, and sit just four points off the bottom spot.

Buccaneers will hope their fixture goes ahead this weekend, the shared points from last weekend sees them sit just three points behind Queens in the table.

Rainey narrowly missed out on a losing bonus point, going down 32-24 to UL, Jack Bresland and a brace by Connor Smyth were their try scorers at the UL Arena.

Barnhall will look to end their recent losing streak, as they travel to Cork to face a Dolphin side, who had their recent fixture cancelled due to Covid.

The Rebels will have a tough task on their hands, despite the record of the visitors just four points separating them in the table, they will aim to pile more misery on the Kildare club.

Barnhall looked to have done enough to claim the points against Old Crescent, but a last minute try saw them fall short 23-18 in favour of the Limerick club. Adam Chester was again in good form for Barnhall, he has been influential despite their latest results.

An All Munster affair at Takumi Park this weekend, as two clubs who have claimed big scalps go head to head. The Munster derby will serve as a crucial point to see if either team will climb this weekend.

Old Crescent made it back-to-back victories last weekend, flooring hosts MU Barnhall with a last-minute try from flying winger Val McDermott. They won out 23-18 in a dramatic finish at Parsonstown.

Cashel followed up on their shock result against Queen’s University by taking down third-placed Ballymena.They produced another top drawer performance, crowning their first home league game of the season with a 24-14 victory. Their two previous fixtures at Spafield were cancelled due to Covid-19.

Queens will aim to remain on top spot by the weekend, UL Bohemian provide the opposition, the club inform coming into the tie after victory last weekend.

The Students got back on track with a successful trip to Tipp for their fourth try-scoring bonus point of the campaign. Number 8 Gary Dillon impressed with a brace of tries while Michael Orr, Robbie Johnston, Graham Curtis, Conor McKee and Ben Heath also crossed the whitewash. 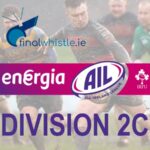 Skerries remain the team to beat in the Energia Mens All Ireland Division 2C, six from six so far they lead by two points over Enniscorthy.

A game of major significance at the top of the table, as second placed Enniscorthy travel to face third placed Bangor.

The Ulstermen slipped up in their recent tie, losing 34-15 to Tullamore, completely outclassed they will aim for better this weekend as they face a title rival.

Enniscorthy were emphatic 32-0 bonus point winners over bottom placed Sundays Well, the bonus point keeping them in touch with Skerries at the summit.

Tullamore will aim for back to back success, as they travel up north for the meeting with 8th placed Bruff.

A last minute try saw Bruff suffer a 17-15 defeat against Omagh Academicals. Taking a 12-10 lead into the break, they looked stronger but the late effort saw them suffer a heartbreaking loss.

Tullamore picked up a fantastic win against third placed Bangor last Saturday afternoon, Tullamore securing a bonus point win as the Ulster club failed to keep their charge on the top of the table.

Clonmel will be looking to remain off the bottom of the table, as they host an Omagh side who managed to dig a hard fought win out last weekend from nothing.

In a low scoring game at Judges Road, Clonmel suffered a 9-6 defeat to fellow Ulster club City of Derry, an error riddled afternoon of rugby cost the Offaly club any chance at the points.

A late try by Robbie Sproule helped Omagh to a two point win over Bruff last weekend, the Limerick had put the Ulster club to the sword all afternoon, but they managed to secure their second win of the year thanks to the late effort.

Fifth placed Midleton will aim to climb the table after a recent single point defeat at home to Skerries, they welcome City of Derry for another home fixture, with the aim being the maximum point haul.

A late penalty saw Midleton fall to a one point defeat at the hands of Skerries, they got out of the blocks early adding two early tries to make it 14-0 and drove forward to extend their lead to 24-8 at half time, but collapsed in the second half.

Derry were 9-6 winners over Clonmel, the Ulster club kicked two penalties in the opening 20 minutes, giving a major advantage early in the fixture. The arrears were reduced to 6-3 but a penalty just before the break made it 9-3 at half time.

The league leaders will aim to continue their impressive winning streak, the goats welcome Sundays Well to Holmpatrick, the out of favour club winless so far have it up against them this weekend.

Trailing 24-8 at half time Skerries drove hard to win 28-27 over Midleton, Evan Sherlock managed to cross after the restart for the Seasiders, as they started their comeback, Paul O’Loghlen added a conversion and a penalty minutes later to cut the gap.

Just on the hour mark Kevin Mulcahy crossed over but the conversion by O’Loghlen reduced the gap to two. O’Loghlen has been a great asset to his club this year, and he landed a penalty to put his side ahead by the minimum, the win seeing them go six for six.

The Well were brushed aside by Enniscorthy last weekend, 32-0 in the end a disappointing encounter for the Cork club, they trailed 17-0 at half time and never looked to get a foot in the game, they face their biggest challenge this weekend on the road to North Dublin. 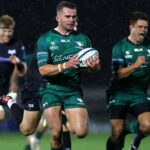 Tries by Mack Hansen, Shayne Bolton, Oran McNulty, Sam Arnold, Caolin Blade and a Conor Fitzgerald helped Connacht to a 46-18 victory over the Ospreys, in a wet and windy Sportsground this evening, they notched seven tries in the end.

END_OF_DOCUMENT_TOKEN_TO_BE_REPLACED 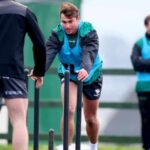 After a five week absence the domestic rugby fixtures continue, after Ireland’s recent success on the international stage attention turns back to the clubs with Connacht looking to pick up where they left off as they take on Ospreys, at The Showgrounds at 7:35pm

END_OF_DOCUMENT_TOKEN_TO_BE_REPLACED

Queen’s University extend their lead at the top of Energia Men’s All-Ireland League Division 2A, after getting back to winning ways this weekend, they now lead by two points as Buccaneers had their tie canceled due to Covid.

END_OF_DOCUMENT_TOKEN_TO_BE_REPLACED

Skerries continue to remain impressive in the Energia Men’s All-Ireland League Division 2C, keeping their advantage at two points, they have laid a marker down to the rest of the division.

END_OF_DOCUMENT_TOKEN_TO_BE_REPLACED 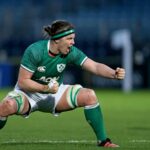 Second half tries by Ciara Griffin helped Ireland secure a 15-12 win over Japan at the RDS. Griffin on her final appearance in green inspired her side to a tough win in difficult conditions in Dublin.

END_OF_DOCUMENT_TOKEN_TO_BE_REPLACED 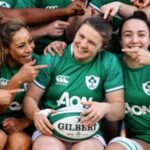 Ciara Griffin will captain Ireland in her final game in green, after announcing earlier this week that she will retire after this afternoon’s Autumn Test, they welcome Japan to the RDS with kick off at 3pm.