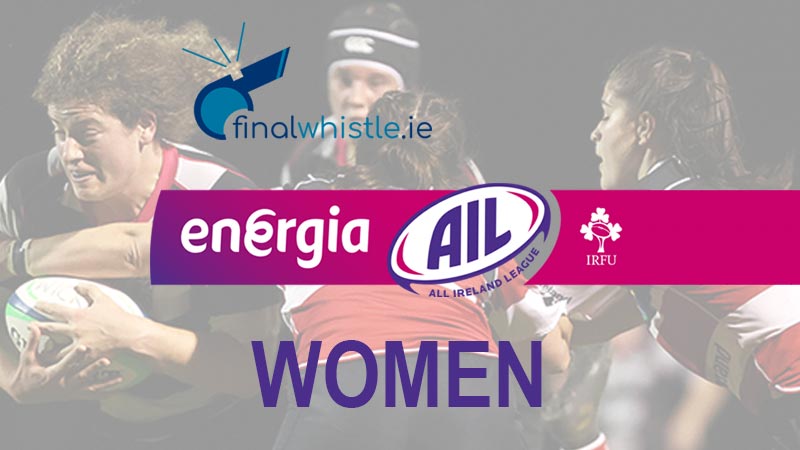 It’s the final weekend in the Women’s Energia All Ireland League before the title will be decided and Blackrock College will be looking to extend their lead at the summit of the Women’s Top Four with a win over second placed Railway Union.

Belvo are still looking for their first victory since the turn of the new year and face a trip to limerick this weekend.

Meanwhile, Suttonians have emerged as the team to beat in the conference section after four wins from their opening four games. Second placed Galwegians host third placed Ballincollig on Saturday with a win vital to both sides.

Rock defeated Old Belvedere 44-5 last week and have really shown their class in recent weeks. Maggie Boylan and Michelle Claffey find themselves in terrific form of late and both found two tries each in last week’s victory. Railway Union lost to Blackrock just a couple of weeks ago, in their only defeat since the new year. Tries from Niamh Byrne, Lindsay Peat, Eve Higgins and two from Aoife Doyle sealed a 31-14 win for Railway over UL Bohemian.

Neither of these sides have reached the performance levels required since the league split in two but UL Bohemian will be confident of defeating Belvo this weekend. The Limerick side’s only win of the top four campaign came against Old Belvedere last month but a trip to ollie Campbell Park when in need of points is always a daunting task.

Suttonians have found terrific form of late and have emerged as conference league favourites in recent weeks. Wicklow have found a decent run of form in the last few weeks with wins over both Malone and Cooke, leaving them in fourth place. 4 tries from Katie Farrell McCabe secured a valuable 34-22 win for the Dublin side over rivals Ballincollig.

Both teams have a record of four wins and just one loss since the Christmas break with the only defeats coming to Suttonians. Galwegians beat Malone 41-0 last weekend thanks to tries from Saskia Morrissey, Mairead Coyle and Ursula Sammon and they will need the trio in fine form if they’re to overcome Ballincollig. The Cork side have been a team to watch in the last while with Heather Kennedy and Denise Redmond in fine form for Collig. Whoever wins this game will cement their place in second position and should Wicklow defeat Suttonians, a bonus point win for Galwegians will see them leapfrog into first place.

Both Ulster sides will be keen to find their first wins of the conference campaign after some disappointing results. Cooke were 10-5 ahead at half time against Wicklow but a strong second half from the Garden County side meant another defeat for Cooke despite some great performances from Kelly McCormill and Beth Cregan. Holly Brannigan and Emma Catherine Jordan are the duo that Cooke will need to be wary of with the pair showing glimpses of class throughout the season.