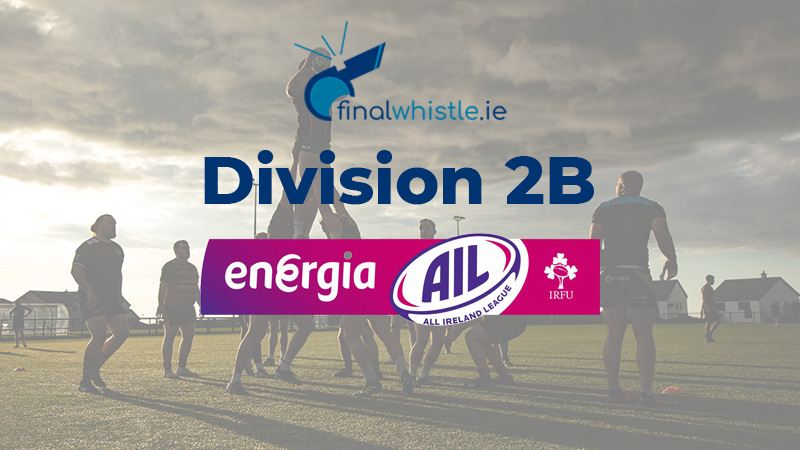 Greystones are eight points clear at the top as Corinthians did not play due to bad weather, elsewhere big wins for Sligo and Galwegians will give them confidence, as two games on Ulster were postponed due to freezing weather.

Galwegian put in a hard fought performance to get just their second win of the year as they held out to defeat Wanderers.

Nine minutes on the clock and the Galway side were over as Rob Deacy skipped past the tacklers to cross the whitewash, the conversion missed the mark and that was a let off as minutes later Wanderers went ahead as a sin bin after a series of penalties allowed the visitors in for a converted try.

After an early blitz the game levelled out to an even tempo as both looked for the next score, it was the visitors who would strike next sniping over for a 14-5 lead off another converted try, another man binned shortly after as Wegians went in a man down and behind on the scoreboard.

Jordan Thompson kicked a penalty to reduce the arrears shortly after the restart, the hosts kept the tempo up and after a great block by Diego Vergara de Los Santos he charged up field and offloaded to Deacy for his second try as the game was back on following Thompson’s conversion with Wegians ahead 14-15 four minutes into the half.

Wegians stayed in control and another Thompson penalty a short while later gave them a four point lead, the Tribesmen now had a lead and after Shayne Bolton broke from half way they had another try on the board in the 53rd minute, Thompson’s conversion giving them a 25-14 lead. Wanderers to their credit always fought back and after the hour mark Brian Vaughan crossed and Dave Fitzgibbons conversion made it a four point game again and the tension was palpable out West in a tense 15 minute spell but despite a late sinbinning Wegians held out.

Greystones ran in seven tries in a dominant bonus point display to extend their lead at the top of the table and preserve their unbeaten status in the division, as Malahide slip down to eight.

It took some time until the opening score but just before the hark mark, Matt Looby got over for the games opening try in the 26th minute, the conversion giving them a healthy 7-0 lead, Malahide got points on the board minutes later with a penalty, but back came the hosts and Killian Marmion carved an opening to cross for their second try after 33 minutes opening up a 14-3 lead. Two further converted tries saw them ahead 28-3 at the interval.

With the bonus point secured the Wicklow side looked composed in the second half but packed a deadly punch crossing a further three times to give them a healthy cushion, Malahide got a try of their own in the half but just were unable to stop the league leaders.

Sligo climbed two places after overcoming a late Dungannon fightback to move into sixth. The visitors hit the front foot early with Daniel Mikolajzcyk touching down after a forward maul, Ben McCaughey converted close to the touchline for a 7-0 lead, Sligo responded with a Euan Brown penalty which served as their only score of the half as they went in behind 7-3 at the break.

Shortly after the break Rob Holian powered over for Sligo’s opening try, with Brown able to add the extras the hosts had the lead for the first time, Brown would be the catalyst in their this try to keep them in control of the tie, he played a kick in behind and after chasing it up gathered and touched down, a successful conversion followed with Sligo keeping an eye on the clock but a 17-7 lead had them confident.

Dungannon stayed with their opponents through the tie and their patience was rewarded as McCaughey crossed in the corner for a crucial score late on that just left three points between the sides, pressure was on Sligo but Brown proved to be the coolest man in Hamilton Park as he slotted a late penalty to make sure Sligo left with the points.