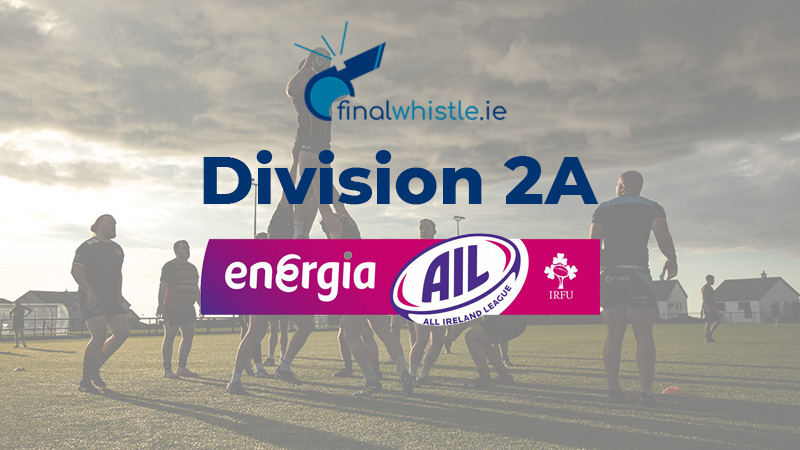 MU Barnhall have ascended into second place after a bonus point win over Dolphin, Queens lead is now seven at the top following a hard fought win, while Blackrock suffered consecutive defeats.

Queens have moved seven points clear at the top of the table after a display of champions in overcoming a ruthless Cashel in Tipperary.

Cashel were on the board first but the Ulster students were quick to reply with a penalty of their own, Queens managed another penalty a short while later to lead but the game was only in the early phases, the Ulster side hit an unconverted try to lead 11-3  as we crossed the halfway mark, it was a frantic finish but in the end Queens hot anther try for a 18-3 lead at the break.

Shortly after the restart Cormac O’Donnell crossed for the Tipp sides first try to get them back into the tie and try to start a comeback, as the conversion left it an eight point game. Back came Cashel the momentum looked to have gone in their favour, Brian O’Connor crossed for their second try minutes later and with the conversion sailing over it was a one point game. But a fantastic kick off the tee saw Queens snatch the win as the penalty cost Cashel in the end.

Barnhall have been slowly mounting a charge for promotion but are now second in the table after victory on Leeside over a struggling Dolphin.

It was a terrific start for the visitors as five minutes in they crossed for an opening try, the conversion was added to by a penalty three minutes later as they race ahead 10-0, having seen a man go to the bin, Dolphin capitalised as Craig O’Herlihy crossed for their opening try and Tomas Quinlan made no mistake reducing the gap to three.

Whatever momentum they got off that score quickly vanished as Barnhall got their second try a minute later, the conversation missing the mark but the visitors were happiest now eight ahead, Craig O’Connell found himself going to the bin late in the half and in injury time Barnhall added another converted try to lead at the break 22-7.

O’Connell came back on and five minutes into the second half he went over for the second Dolphin try, Tomas Quinlan converted and back we went to an eight point game. Quinlan slotted a penalty before the hour mark to make it a five point game, four minutes later however the visitors hit another try to get their bonus point the conversion seeing them ahead 29-17.

With nine minutes left on the clock Barnhall moved 17 clear as their high scoring attacking style was paying off in abundance as Dolphin could not handle them all afternoon, a late penalty try for the hosts reduced the deficit late on but Dolphin were unable to build on that and snatch a losing bonus point.

Nenagh left it late but secured a huge win over Blackrock, handing the Dubliners consecutive defeats at the hands of Tipperary opposition as they dropped down to third.

The sides went in level at the break 10-10 as Dylan Murphy crossed for the hosts to keep them in a promotion fight as Conor McMahon also landed a penalty to keep them tied with the side pushing for the title.

Into the second half McMahon was accurate to land another penalty but the deceive score came late on with Fionn McGibney crossing to score their score try and made it academical they would take the points.

Navan moved up a place in the table after getting a much needed win on the road in Limerick, they managed to hold on late to take the points.

Navan struck first in a nervy opening start to proceedings as they crossed for an early try to lead 5-0, the Robins replied and captain Paul Clancy managed to get over for their opening score, with Harry Byrne on hand to put them ahead with the conversion. Navan hit an important score late in the half as their converted try saw them 12-10 ahead at the break, with Bohs having added points from the tee.

The game was on a knife edge in the second half, the visitors hit their third try as the conversion was successful they now had a healthy nine point lead, in the mists of a relegation battle they dug deep and a late converted try saw them snatch a losing bonus point, meaning they now trail Dolphin by a single point in the drop zone.