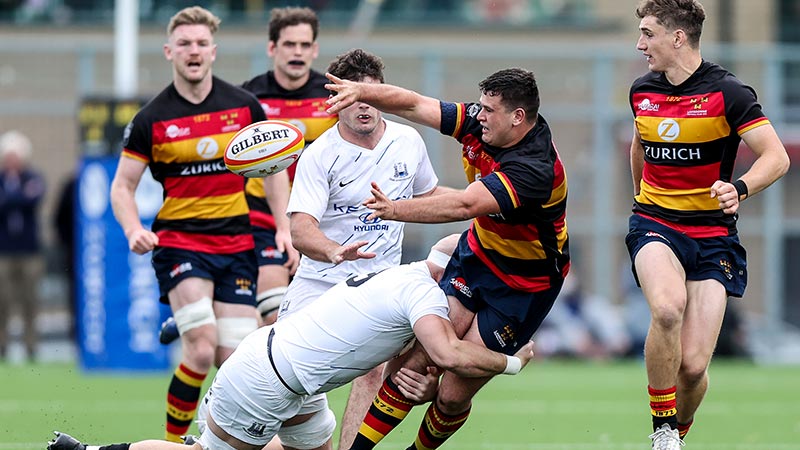 Garryowen raced into an early lead at the top of the All-Ireland Division 1A after their storming win away at Dublin University in the opening round.

The league resumed after a 19-month hiatus, due to Covid-19 this weekend with a splash with some entertaining rugby played across the divisions.

Clontarf got off to a winning start, defeating UCD 29-12 at Castle Avenue with David Hawkshaw, Conor Kearns, Dylan Donnellan and Jordan Mulvaney crossing for the home side, with Jack Ringrose and David Heavey’s scoring for the visitors.

Garryowen finished the day top of the table after a dominant 35-10 victory away to Dublin University at College Park.

Tries from Jamie Heuston, Bryan Fitzgerald and a brace from Liam Coombes sealed the victory, with just tries from Jamie Berrisford and Matthew Jungman in reply.

Conan Doyle’s side finished in second in the suspended 2019/20 campaign and will have their eyes on the title after such a commanding display in round one.

At the Aviva Stadium, home side Lansdowne saw off Cork Constitution 16-11.

Peter Hastie’s two penalties, added with Mark Doyle and Paul Kieman tries secured the win for the home side but the visitors did respond through Duncan Williams’ try.

Terenure College went to second spot after round one, level on points with league leaders Garryowen and just a point behind in the points difference.

Sean Skehan’s side thrashed UCC at The Mardyke 37-13, through Harrison Brewer, Alan Bennie, Peter Sylvester crossing and a brace from Stephen O’Neill.

Richard Thompson went over for the hosts, but it was a heavy defeat for the students.

Young Munster secured an emphatic home win, 29-7 at Tom Clifford Park to go third in the standings after round one.

Ballynahinch replied through a converted try from Chris Gibson but will be hoping for a change in fortunes in round two next week.