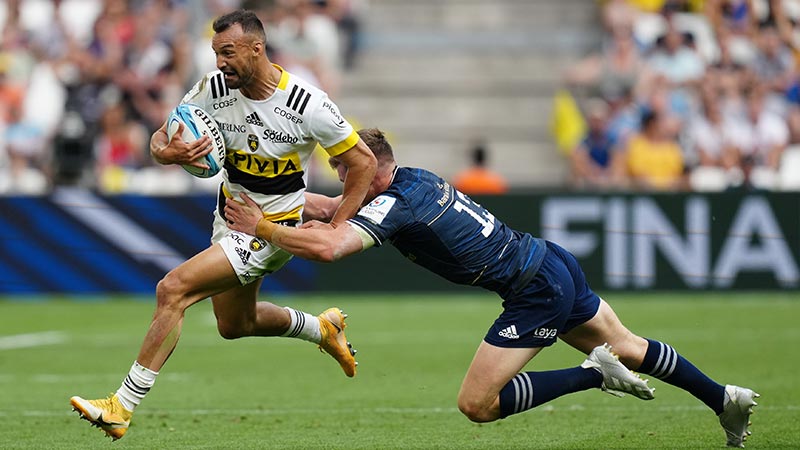 Leinster saw their hopes of a fifth Champions Cup title dashed as by a late Arthur Retiere try for an unfancied La Rochelle in Marseille.

Leo Cullen’s men produced an uncharacteristic attacking display as they were held to just 21 points and failed to find the whitewash in Marseille thanks to a remarkable defensive effort from Ronan O’Gara’s team.

Leinster were on the verge of tying Toulouse with their fifth title, as six penalties from Johnny Sexton and a penalty from Ross Byrne left the Irish heavyweights with a 21-17 lead. All hope looked to have evaporated for O’Gara’s side as Thomas Lavault was sin-binned with just 15 minutes left.

However, Leinster’s resistance eventually broke as Retiere crashed over at the death to send the predominantly French crowd into a frenzy. The ever reliable Ihaia West converted moments later to ice the game to give La Rochelle a stunning win.

O’Gara’s side came into this contest as heavy underdogs, and in just their fourth Champions Cup campaign they picked up their first ever major trophy and avenged their 17-22 defeat to Toulouse in last year’s final.

As for Leinster, their focus now switches to the United Rugby Championship, and Leo Cullen will be anxiously awaiting news on the fitness of Johnny Sexton. Sexton exited play just after the 60 minute mark and was seen with ice on his ankle.

Leinster looked to be cruising in the first half as four penalties from Sexton gave the Irish heavyweights a 6-0 lead early on. But a superb try from Raymond Rhule gave La Rochelle the opening score of the afternoon, before two more penalties from Sexton sent Cullen’s team into the sheds with a 12-7 lead.

La Rochelle started the second period the stronger of the two sides as West reduced the deficit to 12-10. Leinster’s response was almost immediate as Sexton answered back with two penalties of his own to make it 18-10.

Leinster looked to be easing to victory before Pierre Bougarit powered over from a driving maul to leave the Irish side with just a one point advantage, before Ross Byrne stretched it out to four with a penalty.

However, the French team weren’t to be denied as Retiere marked his final cup appearance for La Rochelle with a game and Champions Cup clinching try at the death.

For Leinster their focus now switches to the Glasgow Warriors next weekend, and Leo Cullen will be looking for a response.