Ulster deliver away to Leinster 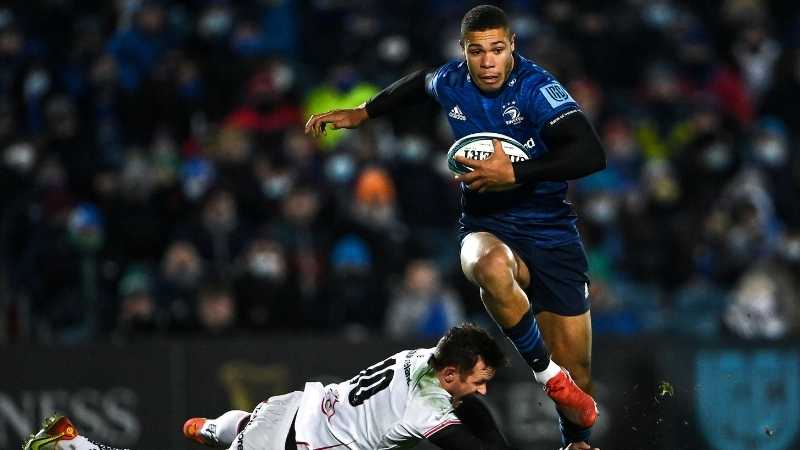 A late try by James Hume capped off a fine performance by Ulster, in the inter-pro derby against Leinster at the RDS this evening. Hume’s late try gave them a 20-10 winning margin, with the result taking them to top spot in the URC.

A tight game until the end, the result looked to be in Ulster’s favour as Nathan Doak struck a late penalty to put them three ahead, but it was Hume that ensured the points following a defensive error by Leinster.

This was a match with plenty of errors for both clubs, the spark finally ignited late in the half as it looked like a potential stalemate, but the Ulstermen will be happy to have made amends from their defeat to Connacht at the Aviva.

A bright start for the visitors but it failed to warrant any results, John Cooney failed to land a penalty in the 11th minute, their first major attempt at the points.

Just four minutes later Greg Jones powered over the line, James Hume was caught short of the line but Jones spotted a gap, with Cooney kicking the conversion for a 7-0 lead.

The remainder of the half was Leinster on the front foot, but great defensive play forced the province into numerous errors, this played out to be the narrative of the half with the hosts penalised numerous times, the final act of the half was Cooney missing another penalty to try extend their lead going into the break.

Trailing by ten points early in the second half, Cooney landing a penalty seven minutes into the half, Leinster started to push for a comeback, following a penalty kicked into touch, Robbie Henshaw managed to touch down in the 50th minute to reduce the deficit, with Ross Byrne making it a three point game after the conversion.

After the try the game seemed to turn on its head with the hosts charging for the jugular, but the Ulster defence was just too strong and cleared their lines. In the end they managed to draw level with 15 minutes left, Byrne pointing to the posts from close range instead of opting to kick for touch.

Nathan Doak has been a shining star for his side this season, the replacement scrum half coming off the bench to make his presence felt, striking a penalty in the 67th minute to restore their lead.

Into the final few minutes Leinster tried to push for the winning score, again the resolve of the Ulster forwards was tested but they did enough to stop them in their tracks.

From nowhere Hume pounced on an offload to steal possession and race for the line, Doak making no mistake to kick the extra two points. The win tonight is their first at the RDS since March of 2013.