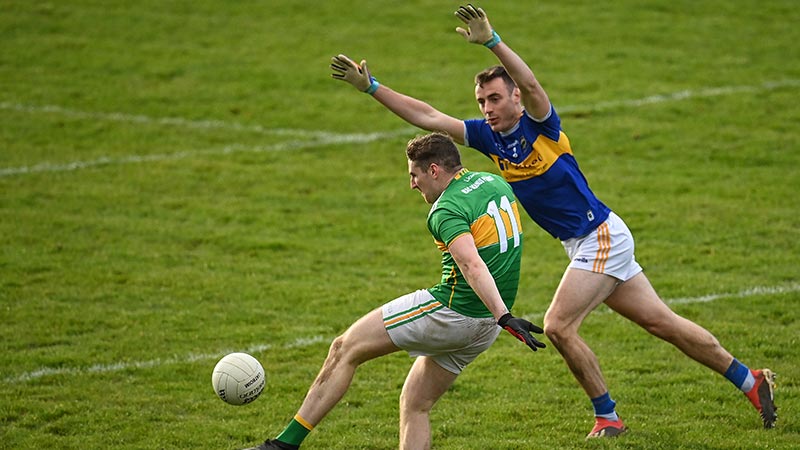 London were the talk of Division 4 once again this weekend as they recorded a second successive win in Ruislip as they overcame Waterford 1-12 to 2-8.

Cavan, Sligo and Leitrim also impressed as Cavan and Sligo recorded back-to-back wins while Leitrim got their first points on the board.

At the other end of the table alarm, bells may start to ring for Wexford and Carlow fans after they both suffered another defeat.

The two Munster counties Tipperary and Waterford on the other hand will be surely using the upcoming break to ponder where they can improve after looking out of sorts in their first two games.

Carlow were blown away by a rampant Sligo at Markievicz Park as Carlow suffered a heavy 23-point loss.

Niall Murphy was Sligo's top scorer with nine points, while Pat Spillane Junior proved he was a chip off the old block as he got himself two scores in the second set of 35 minutes.

Sean Carrabine who was hugely impressive in last weeks win over Wexford impressed once again as Sligo went to the summit of Division Four.

Don’t write off London were our words of warning in our weekend preview piece… it appears Waterford din’t heed that warning.

London were fast out the traps with Killian Butler sending the keeper the wrong way from the penalty spot.

It took Waterford just over 15 minutes for them to register a score after they kicked a number of wides in the opening stages.

London eventually went five points up before Waterford clawed themselves back into the game.

Stephen Curry and David Hallahan grabbed goals for Waterford and the visitors lead by five at the break.

London were on a mission and limited Waterford to just three second-half points. With the sizeable home crowd right behind them the Londoners had their tails up.

Chris Farley who top-scored for London (0-7f) and substitutes Fearghal McMahon and James Gallagher made sure London got another deserved win.

Leitrim and Andy Moran are up and running after they recorded their first win of the season on Sunday afternoon.

Keith Beirne was the standout player for Leitrim and scored eight points  as Leitrim overcame Tipperary.

Tipperary did show some fight in the form of Conor Sweeney who struck 2-6 for the Premier County but Leitrim were too strong for Tipp.

Leitrim were 0-8 to 0-5 ahead at the break Sweeney replied with two Tipperary goals, James Rooney and Tom Prior raised a green flag after some fine play from his side and wrapped up the win for Leitrim.

Cavan are looking to bounce straight back to Division 3 and they look to be on a mission to make that a reality as they comfortably beat Wexford at Kingspan Breffni, 0-17 to 1-8.

Wexford never got going and Cavan dominated their opponents and had a 0-12 to 0-3 half-time advantage. Gearoid McKiernan and Cavan Keeper Raymond Galligan starred as Cavan laid down a marker to the rest of the teams in Division Four.

A John Turbitt goal in the 54th minute to reduce the gap to six points did raise the possibility of a yellowbelly comeback but no momentum from their goal was strong enough to trouble Cavan.

Gearoid McKiernan, who top-scored for his side with 0-5 wrapped up the win with a fine score to leave Cavan in the top two after the first two games.