Mohill and Aughavas share the spoils in dramatic encounter 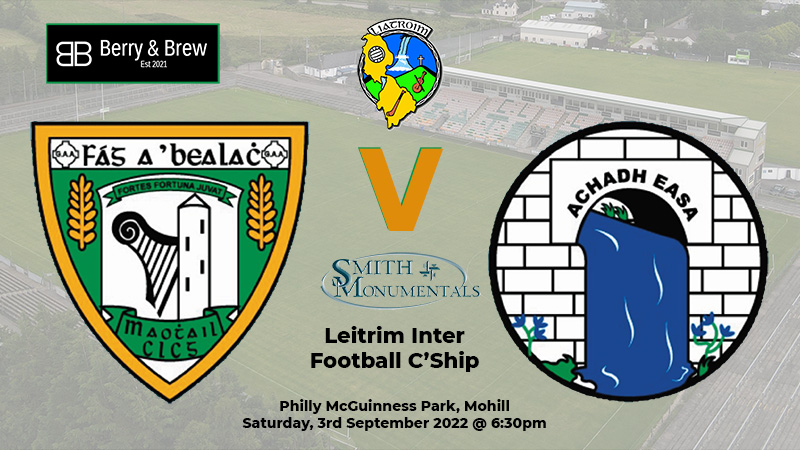 Niall McCabe kicked a late score, to share the spoils in an action filled game in Mohill. Both sides unable to pull away from the other, with Aughavas surging in the second half to come back into the tie.

Neither team could really take it by the scruff of the neck and claim the victory, the second half like a game of ping pong as both teams exchanged scores in a tight encounter.

The elements made for greasy conditions, both guilty of scoring chances that went unanswered, Aughavas will feel the most hard done by following a gutsy second half showing, but McCabe’s late effort was enough for a share of the points in Mohill.

After some early wides Seamus Sweeney kicked the game's opening score before they added a second minutes later for a slender lead. Ciaran Baxter had Mohill within a point after the ninth minute, before a tap over free drew them level in the 12th minute.

Another free had Mohill ahead for the first time in the 14th minute, Aughavas meanwhile were finding life difficult in front of the posts. Sweeney kicked them level at the start of the second quarter, before two Ronan Kennedy points and a great effort by Ciaran Baxter moved them in front 0-6 to 0-3 by the 26th minute.

Kennedy remained focused on the goal, this time firing low to the back of the net to increase the Mohill men’s lead, Sweeney kicked two late points to leave it 1-6 to 0-5 at the break.

Both exchanged scores early in the second half, but it was Aughavas that started brighter, Shane Canning putting one over the blackspot, before Fintan Gallogly scored 1-1 in the space of a minute, for a 1-8 to 1-7 lead ten minutes into the half.

For the remainder of the half, it was a close-knit affair, when one side went ahead the other came back, wides adding up for both on this occasion, Kennedy was a star for Mohill and his 57th minute point looked to be the deciding score, however Niall McCabe with two minutes left of normal time kicked the leveller, in a gripping encounter in damp conditions.