Fenagh lay down a marker with defeat of Ballinamore 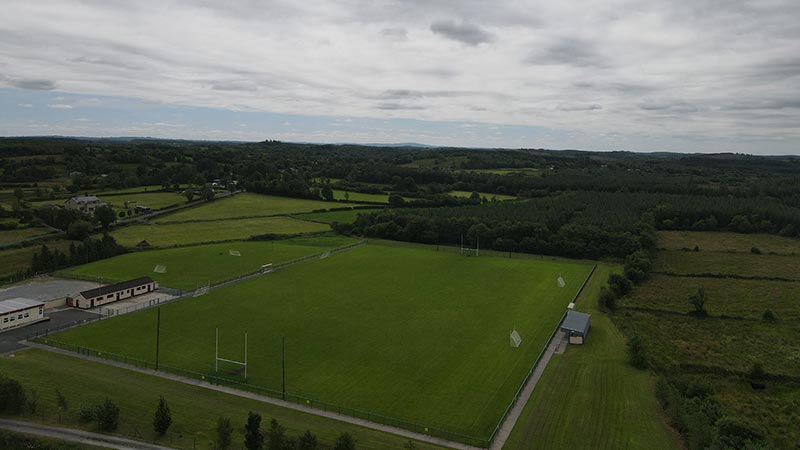 A fifth minute Oisin McLoughlin goal would prove to be the difference for Fenagh St. Caillins as they overcame the challenge of neighbours Ballinamore Sean O'Heslins in the opening round of the Connacht Gold Leitrim Senior Football Championship in Fenagh yesterday evening.

The 2019 finalists, Ballinamore, will rue a large number of missed opportunities in the opening stages of the second half. It was a period of play where they failed to make the most of their dominance of possession and territory during that spell when the game was balanced on a knife edge.

Played in front of a capacity ground in Pairc Sean O'Laodain, the final score reflected the action on the field where Fenagh St. Caillin's proved to be the more clinical of the sides and they laid out a marker for their intentions to improve on last year's campaign which ended at the semi final stage.

For the most part was a finely controlled team display from Fenagh which allowed them to open the game very brightly. The score was level at a point apiece when Ryan O'Rourke broke a ball to his full forward Oisin McLoughlin. His powerful run through the heart of the Ballinamore defence saw him coolly slot the ball past Darren Maxwell just inside the right hand post to put three points between the sides.

Both sides swapped scores as Ballinamore used their experience and guile to win some relatively soft frees which kept the scoreboard ticking over. In terrible conditions at points of the games, the temperatures did rise somewhat on the field as the Fenagh bench in particularly became irate at one particular free kick awarded right in front of the bench where no clear contact between the players had seemed to take place.

Tensions did continue to raise and a number of players from both sides found themselves on the ground after individual tussles where some may have been lucky that the match officials didn't catch their actions.

Ballinamore's forwards never really seemed to get their shooting boots on with only two points from play scored by their starting six forwards, one of which was a decent goalscoring opportunity for Patrick Connaughton who elected to fist the ball over the bar when one on one with Shane Doonan in the Fenagh goal. Luke Murphy did weigh in with three pointed frees but all from very scoreable positions.

Their inability to find Tom Prior with clean ball, coupled with Donal Wrynn winning the personal man marking battle with Ballinamore full forward Shane Moran on the edge of the box, would prove to be problematic for Dom Corrigan's men throughout the first half.

Ironically Moran would take control of the game when he switched positions with midfielder Niall McGovern. Moran turning provider to McGovern who contributed two fine scores just before the interval to reduce the scoreline to a single point at the break.

Ballinamore came out with all guns blazing in the opening stages of the second half, but for all their dominance were unable to worry the umpire's flag. A single score from a Murphy free all they had to show for a half dozen scoreable chances they created. Points for Ryan and Riordan O'Rourke on what were rare Fenagh attacks at this point of the contest were sucker punches to the visitors.

Ballinamore did have one glorious opportunity as Niall McGovern burst through the Fenagh rearguard but his goalbound effort met a strong outstretched arm of a Fenagh defender and the ball bounced out for a '45 which McKeon duly dispatched for a point.

Wayne McKeon, his midfield partner Niall McGovern and Senan Harte, despite a long range effort on goal which he might be regretting on reflection, were the stand out performers in quite a poor Ballinamore performance.

There's plenty for both sides to improve on for their next games, ironically both will be next in action against hot championship favourite's Mohill over the next two weekends.

Dom Corrigan will be hoping his Ballinamore side can improve on their accuracy and efficiency in attack and on the scoreboard.

Fenagh St. Caillins manager Joe Flynn will note that the period just before half time where tensions were at their highest on the Fenagh sideline resulted in a large swing towards their oppenent's on the scoreboard. An ability to remain calm when things are going against them might just be the difference between emulating last year's semi final appearance and going the distance this season.