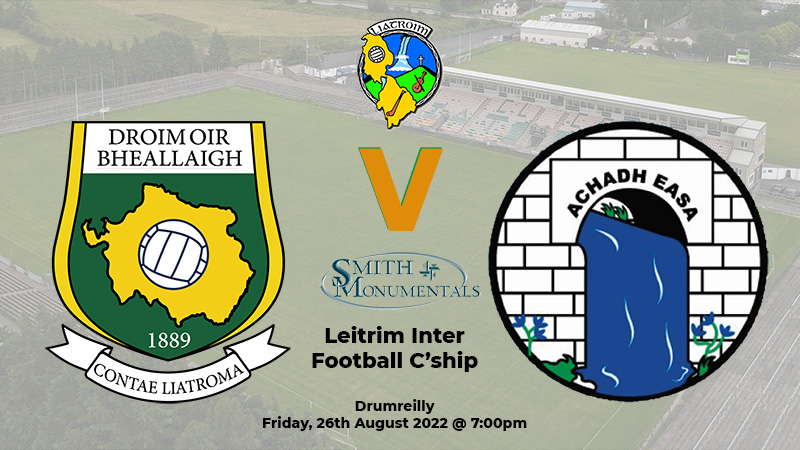 Sharpshooter Conor Gaffney scored 10 points (seven frees) as Drumreilly picked up their first win of the Smith Monumentals Intermediate Championship with a four point win at home to Aughavas.

This entertaining encounter was an open, attacking game of football with some fantastic points from both sides. In a tight opening half with very little between the sides. They were level on three different occasions.

Sweeney opened the scoring for his side in the second minute when he pointed over a free but Gaffney opened his account three minutes later to draw his side leve.

Niall McCabe scored a fine goal in the sixth minute to give his side an early three point lead. Two points from Gaffney (one free) cut the gap to just one in the ninth minute.

The sides were level for the second time in the 16th minute before Sweeney edged Aughavas back in front two minutes later. An excellent Eoin Kenny point put them ahead by two in the 22nd minute.

James Holohan and Nigel Maguire levelled matters in the 29th minute but a fantastic point from Sweeney in stoppage time gave the visitors a narrow one point lead going in at the break - 0-07 to 1-06.

A pointed Gaffney free had the sides level in the 31st minute. A superb point from the corner forward minutes later put Drumreilly in front by two. Sweeney (free) and Gaffney traded scores before McCabe cut the deficit to one in the 40th minute.

Both sides had chances before Declan Maxwell put Drumreilly ahead by two in the 48 minutes. Minutes later the lead was four with points from Gaffney (another free) and a good point from Maguire.

James Holohan laid the ball off to Gaffney in the 55th minute, he was hauled down as he raced through and pointed over the subsequent free. Down the other end Sweeney kept his side in the game when he hit over another free

As the clock ticked down the visitors pushed forward but Drumreilly defended superbly with James Holohan back on a number of occasions to win vital possession.