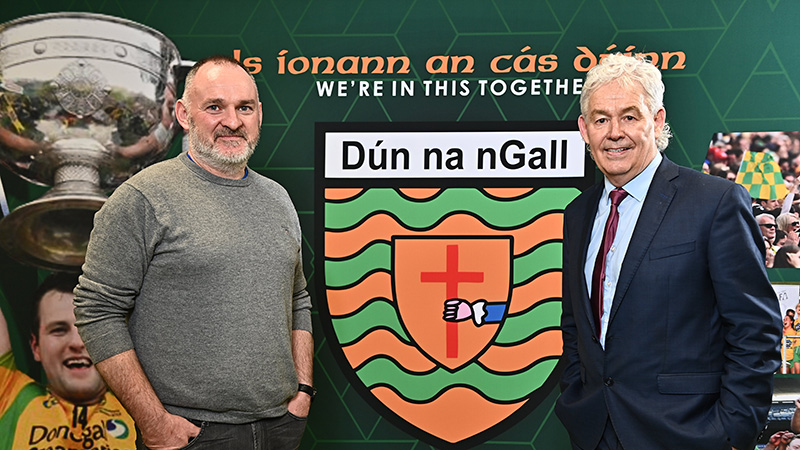 At a specially convened meeting of the Donegal County committee on Monday night, both Carr and O’Rourke were officially sworn in to guide the footballers’ charges in 2023.

They have been given a two-year term initially but will have a review take place after the first year. The role was left vacant after Declan Bonner stepped down in July.

Rory Kavanagh was tipped to be the front runner for the position, but the 2012 All Ireland winner is believed to have pulled out of the running last week.

In a statement, Donegal GAA said: “Donegal County Committee this evening ratified the decision of the County Executive to appoint Paddy Carr as the manager of the CLG Dhún na nGall Senior Squad.

“Joining Paddy as head coach will be Armagh man Aidan O’Rourke. County Chairperson, Mick McGrath welcomed Paddy to the position on behalf of Donegal GAA and wish him and Aidan well in 2023.

“Carr is a member of Fanad whilst head coach, O’Rourke is currently employed as Performance Sport Manager in Queen’s University Belfast and holds extensive coaching qualifications and experience.

“Carr told the Donegal Executive that he would give his body, soul, heart and mind to Donegal football and was delighted to be appointed.”