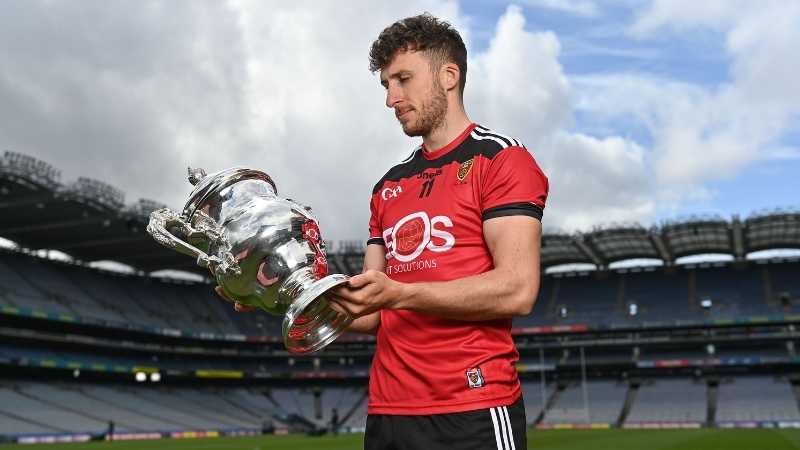 Down’s Barry O’Hagan has backtracked on comments in which he labelled the new competition as “pointless.”

Speaking right after after his sides 0-23 to 2-07 Ulster loss to Monaghan last month, the Clonduff forward was very blunt in his then opinion of the cup, which is set to start this weekend.

“For me personally, I don’t know about the group, I have very little interest in it, to be honest,” said O’Hagan after the defeat that ensured Down would be a participant in the new tournament.

However, speaking at Monday’s launch of the competition in Croke Park, the Down man took a very different tone, showing regret towards his previous comments.

“Well, that was probably within five minutes of our defeat against Monaghan, a heavy defeat,” he is quoted as saying by RTÉ.

“My own performance that day was bitterly disappointing. I thought maybe if I had kicked even two or three we might have been in it at that stage.

“Look, it was probably emotions and stuff like that that got into my head. I was a wee bit disappointed and one of the questions I was asked was, ‘would you rather be in the Tailteann Cup or an All-Ireland qualifier?’ So that’s what made me make that comment and go down that route.

“At the end of the day, we are where we currently are at this moment in time with Down. If we put our heads together for this cup and try to develop our team, it can be beneficial for us in the long run and that’s what our stand is now and hopefully it will go that way.”

O’Hagan and his Down teammates will look to get their Tailteann Cup campaign off to a good start when they face Cavan in Breffni Park on Saturday at 2pm.