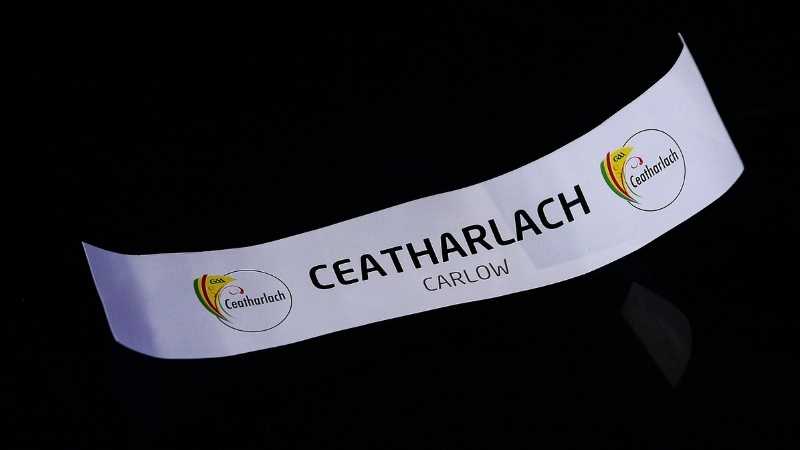 The draws for the preliminary round and Round 1 of the inaugural Tailteann Cup took place this morning, with GAA President Larry McCarthy expressing his belief that it will be a great competition.

Speaking to RTE Radio 1’s Morning Ireland show this morning, McCarthy stated that he hopes “it takes off like a meteorite” and also explained the competitions format.

“The teams are divided into Northern and Southern Sections to enhance local rivalries and also avoiding travel costs, not only for teams, but for spectators as well. We want to accommodate as many people as possible to be able to attend the games.”

In the preliminary round, Wexford will play Offaly and Waterford will play Wicklow. Both of these fixtures will take place this weekend.

As well as being split into Northern and Southern Sections, home venues shall be used for the Preliminary Round, Round 1 and Quarter-Final games, with the first team drawn having Home Advantage.

The Semi-Finals and Final will be played in Croker and there will be a draw made for each Round. Confirmation of throw-in times and venues will be made by C.C.C.C. in due course.

The format of the Tailteann was passed at the 2019 Special Congress but its introduction was postponed in 2020 and 2021 due to Covid.

The winner of the 2022 Tailteann Cup will be guaranteed a place in the 2023 Sam Maguire Competition.

McCarthy also told Morning Ireland that “like the league which is always considered to be a very good competition, the level of play is going to be at the same level for all the teams so I’ve no doubt it will take off.”

“This is a wonderful opportunity for the teams involved and their supporters to have great days out in Croke Park.”

The full draw is as follows:

New York was drawn to the Southern Section at a C.C.C.C meeting earlier in the week and will join at the quarter-final stage.