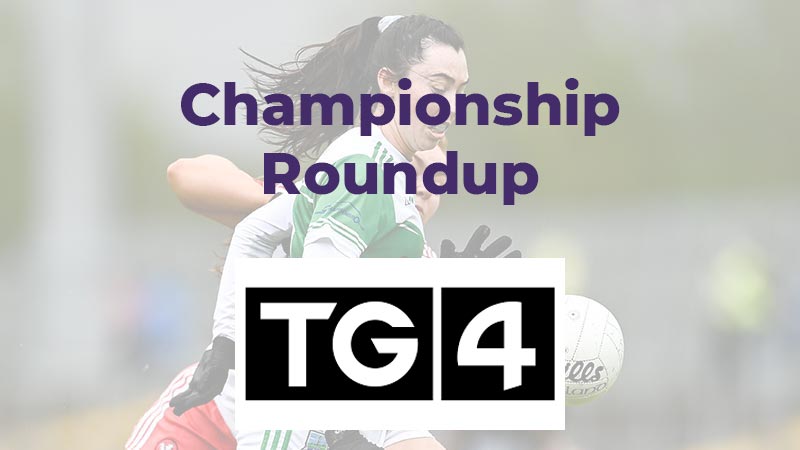 Aisling Murphy scored both goals as last year’s beaten finalists Wexford began the 2022 TG4 All-Ireland Intermediate Championship with a 2-12 to 3-7 victory over Offaly.

Wicklow were the other winners in Group A while Clare beat Down in Group B, Longford defeated Kildare in Group C and in Group D Laois were far too strong for Sligo.

In the opening weekend Wexford, who lost out to Westmeath in September’s final, held a big 1-7 to 0-0 lead at half-time in Enniscorthy. But Ellee McEvoy led the charge for Offaly and they came storming back with the first five points on the resumption before back-to-back goals from full-forward McEvoy.

Mairead Daly then finished off the third Offaly goal but Murphy was on target in added time and Wexford secured a narrow win. The 2021 TG4 All-Ireland junior champions Wicklow also got their campaign up and running, when they got the better of Leitrim.

It finished 3-10 to 3-9 in Drumshanbo. Meadhbh Deeney, Amy Burke and Laura Hogan came up with the goals for the visitors who had trailed by 2-8 to 2-7 at half-time.

Clare made the long journey to Páirc Esler in Newry for their opener and claimed a 1-17 to 0-8 success. Fidelma Marrinan was on target with the first half goal.

In the Group C Leinster derby, Kildare were unable to back-up their brilliant TG4 Leinster Intermediate Championship success, as they fell to a 3-9 to 1-9 loss at the hands of Longford.Clodagh Lohan and Gillian Wheeler traded goals in the first half but Lohan’s second half strike added to Michelle Farrell’s goal and Longford grabbed the crucial win.

Laois were resounding victors in their clash with Sligo at Eastern Harps. Erone Fitzpatrick (two), Mo Nerney, Eva Galvin, and Emma Lawlor (two) were all among the goals in a 6-23 to 0-8 success.