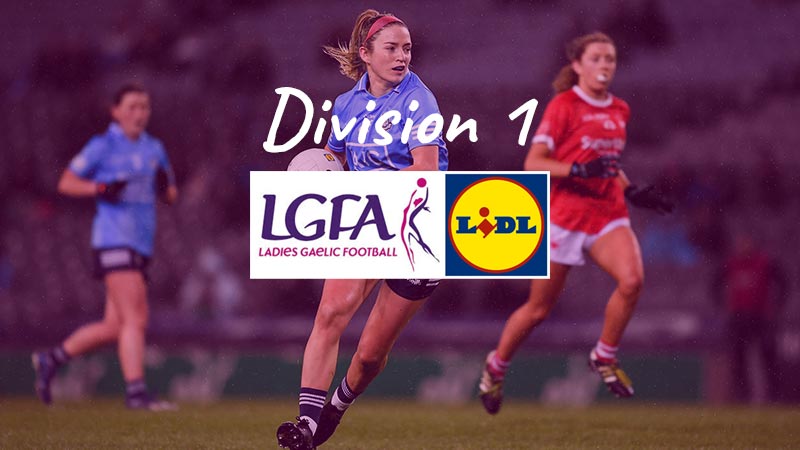 The meeting of Dublin and Division 1 and All-Ireland Champions Meath on Saturday is the stand-out game in Division 1.

Last year’s beaten league finalists Donegal will be hoping to go one better this year. In what is a repeat of last year’s opening fixture the Ulster county travel to Tuam to face a Galway side who are without a number of Kilkerrin-Clonberne players.

Maxi Curran’s side recorded a three point over of the Tribeswomen last year. They came so close to claiming silverware last year. Beaten by Armagh in the Ulster Championship. Meath in the League Final and the Royal County defeated them in the All-Ireland football semi-final.

Donegal are without the likes of Niamh McLaughlin, Geraldine McLaughline and Yvonne Bonner for the game. Emer Gallagher will captain the side.

Kilkerrin-Clonberne’s All-Ireland Senior club winner Lynsey Noone starts for Galway, with her clubmate Chloe Miskell on the bench.

A new era begins for Meath on Saturday as Davy Nelson takes charge of the Royals for the first time after the departure of Eamonn Murray. Meath are the current Division 1 and All-Ireland Champions are their side are backboned by seven of the side that started last year’s All-ireland final.

Carla Rowe is the new Dublin captain and she starts on the 40. There are two debutants in the starting side while 11 newcomers are named on the bench.

The rivalry between these sides in recent years has been intense with some intriguing battles and this evening’s game will be no different.

Mayo welcome back Sarah Tierney and Rachel Kearns to their side for the meeting of Cork at the Connacht Centre of Excellence.

The last time these two sides met was at the quarter-final stage of the All-Ireland which Mayo won by one point. Another close encounter is in store on Sunday.

Cork begin life without Orla Finn but have been boosted by the return of Erika O’Shea. The former All-Star played for Melbourne in the AFLW last year and made a big impact.

Last year’s Division 2 champions Kerry travel to Piltown to take on Waterford in their opening game of the league on Sunday.

Kerry followed up on their league success by reaching the All-Ireland Final but were beaten by Meath. They’ll be buoyed up by last year but will feel they’ve unfinished business.