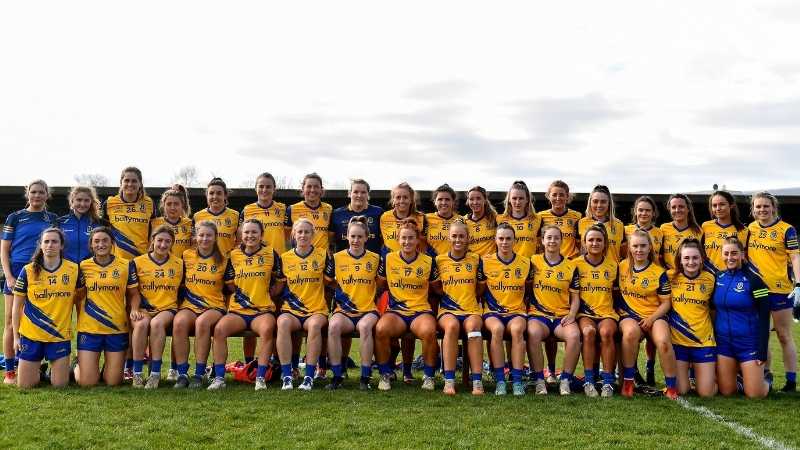 Roscommon emerged victorious over Wexford by the smallest margin thanks to a 63rd minute Roise Lennon free kick in what was a cagey Lidl National League Division 3 final.

Despite receiving two yellow cards over the course of the game, Roscommon were the more clinical in front of goal throughout a low scoring affair. Wexford missed several great chances late in the game which allowed the Rossies edge a dramatic finale.

Wexford started the game the better and dominated play in the game's early stages. Two frees from Catriona Murray put the Slaneysiders ahead while Roscommon struggled to get out of their own half amid pressure from their opponents.

The Rossies had to fight through a packed midfield to get near to goal and Laura Fleming pointed a free-kick to earn them their first score on six minutes.

Wexford hit back with a point from Sherene Hamilton, who came very close to goal after she received a cutting pass from the Wexford midfield, and another excellent effort from Amy Wilson.

The tide turned in Roscommon's favour as they got on more ball and spent more time in the Wexford area as the half went on.

Jenny Higgins scored a point while Laura Fleming added another two to her side's tally from frees.

Roscommon's momentum slowed when Lisa O'Rourke received a yellow on 23 minutes and the play became even tighter.

Catriona Murray again stepped up for Wexford to put over another free which saw her side lead by a point going into half-time.

The opening stages of the second-half were quite poor and neither side scored for the first 9 minutes as shots fell short or went well wide of the target.

Roscommon's star forward Aisling Hanley looked out of sorts in the first half and was replaced by the more than capable Roise Lennon but it was another substitute, Lauren Shanagher, who opened the scoring in the half, bringing the Rossies level with a great point on 39 minutes almost immediately after coming on.

Sarah Harding-Kenny featured off the bench for Wexford with 15 minutes remaining after playing earlier in the day in the Division 2 Camogie final which saw her county defeat Waterford but as Roscommon notched another point the Slaneysiders appeared to be in trouble.

Catriona Murray had other ideas, however, and finished off a Wexford move forward with a fantastic goal from outside the box to bring her side unexpectedly a point ahead.

Wexford were soon behind again though, as Roise Lennon nailed a free kick to bring things level despite defender Rachel Fitzmaurice receiving a yellow card on 50 minutes.

Catriona Murray and Ellen O'Brien missed two golden chances to give Wexford the lead again after the hour mark and Roise Lennon made sure she didn't do the same thing when she stepped up to give Roscommon the lead with a free kick on 63 minutes.

As the time ticked away Wexford were desperate to get forward and had one last chance but Murray was unable to kick a free from distance to bring things level.

With time up Roscommon were Division 3 champions and promoted, emulating the success of the men's side who were also victorious in their Division 2 final at Croke Park today.