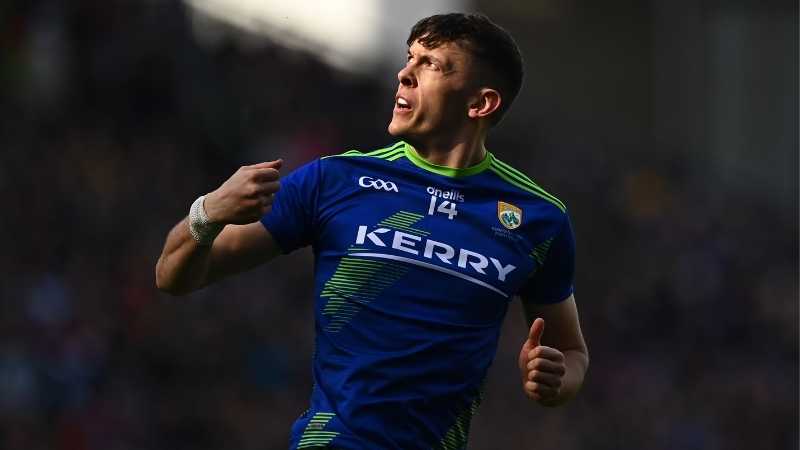 Kerry are the 2022 Division One Allianz Football League winners, after a 3-19 to 0-13 win over Mayo in Croke Park this afternoon, completing a three-in-a-row for Jack O’Connor's men.

David Clifford stole the show again, his 1-6 tally crucial to the Kerry attack, but a goal from Gavin White in the first half the catalyst to their 15-point victory.

Mayo falling at the final hurdle to their old foe, a positive for them sees Cillian O’Connor return and get minutes in his legs before the Championship kicks off.

Kerry controlled the opening half in headquarters, taking a 1-10 to 0-7 lead in the break, David Clifford again impressing with four points in the half but Gavin Whites goal after 25 minutes was crucial for the Kingdom.

It was a tight affair early on Michael Plunkett kicking Mayo ahead inside the opening minute, before Clifford levelled for Kerry. Stephen O’Brien and Matthew Raune added scores before Adrian Spillane kicked Kerry a point ahead after nine minutes.

The Clifford brothers made it 0-5 to 0-2 after 16 minutes, with James Carr getting Mayo’s first score after 13 minutes to reduce the gap. Kerry added two points to Mayo’s one but then White struck the net after Paul Geaney had his shot saved by Rory Byrne. Kerry leading 1-7 to 0-4.

David Clifford pushed Kerry ahead by seven points, but three quick Mayo points had the lead down to four with 32 minutes elapsed. Another Clifford score combined with a wonderful sideline free by Shane Ryan pushed the lead to six at the interval.

The Kingdom looked in control for the majority of the contest, continuing their performance into the second half as Clifford was again instrumental, kicking three more points before hitting the net after 66 minutes, Jason Foley also hit the net late on, a great curtain raiser for their Munster championship campaign.

Diarmuid O’Connor saw a black card after 52 minutes, a man advantage for Mayo but they failed to capitalise on the chance, O’Dongohue however kicked the resulting free to reduce the lead.

Despite having 14 men on the field, the Kingdom hit a purple patch midway through the half, hitting four unanswered points before the hour mark to stretch the lead to 1-18 to 0-11. Clifford hit the net after 66 minutes with a beautiful side foot effort high into the net, the goal a killer late blow for Mayo.

Geaney added his fifth point just before we went into added time, but Mayo managed two late consolation scores, O’Connor back to send over a trademark free before O’Donoghue added his fifth score of the afternoon.

The Kerry attack was again a vital component in their performance, but their defence was also composed to clear the danger, and also add scores with full back Jason Foley finding the net after 74 minutes, joining fellow back White amongst the goals.