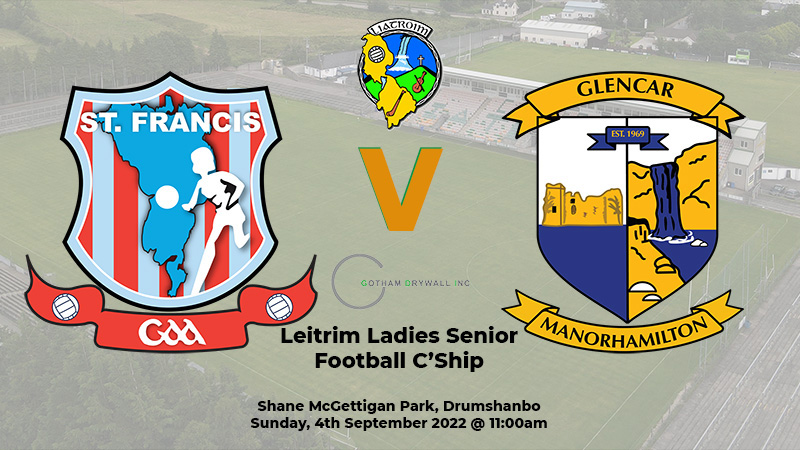 Ten points may have been the difference between the sides in the end but it wasn’t a true reflection on the game. St. Francis were right in this game up until the 53rd minute but in the final seven minutes Glencar pulled ahead and scored two goals.

St. Francis will look back at a decision in the 41st minute when they were trailing by just one point; Caoimhe McGarry appeared to have been fouled but no penalty was awarded. The champions had been awarded a rather soft penalty two minutes before but Leah Fox kicked her spot-kick wide.

Aine Flood opened the scoring in the third minute but two fine Fox points edged Glencar ahead by one in the sixth minute. St. Francis took control of proceedings with Flood and captain Ciara McPartland leading the way. Five points in a row gave them a four point lead in the 15th minute.

McGarry had a goal chance in the 19th minute but Glencar keeper Michelle McNulty did well to deflect the ball out with her foot for a ‘45.

Three Muireann Devaney points (one free) cut the gap to two in the 26th minute. St. Francis had chances but failed to convert them and another free from the boot of Devaney drew the sides level in the 29th minute.

A fine effort from Fox in the 35th minute gave Glencar the lead and this time they didn’t relinquish it. In the space of a few minutes there were two big penalty calls. St. Francis can feel aggrieved they weren’t awarded one.

Despite having possession they struggled to get scores. Muireann Devaney had a chance that went just wide in the 42nd minute. The next score didn’t arrive until the 53rd minute and two minutes later Devaney hit a low shot to the net to put five between the sides.

She scored a terrific point minutes later. The excellent Anna Devaney scored a terrific goal in the first minute of stoppage time with Fox following up with her fourth point of the game in this hard-fought win.