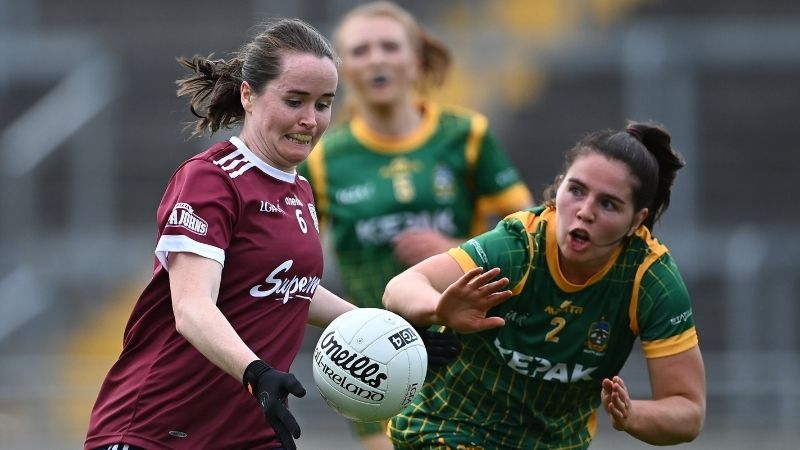 1-11 to 0-9 in front with the finishing line in sight, the Royals found themselves pegged back.

The prospect of 20 additional minutes of action was starting to loom large in the Offaly venue, but the outstanding Duggan decided the outcome to book Eamonn Murray’s charges into a semi-final showdown with Donegal at Croke Park next weekend.

After she traded early points with Galway defender Nicola Ward, Dunboyne youngster Duggan rounded off a seventh-minute move by rattling the opposition net.

Orlagh Lally subsequently split the uprights to extend their lead but despite some early hesitation, Galway were slowly coming to terms with Meath’s rigid defensive system.

Vikki Wall did break free for a Meath score but a Tracey Leonard free meant the title holders had to be content with a 1-3 to 0-5 interval cushion.

Although this slender advantage was wiped out by Divilly within 30 seconds of the restart, Meath didn’t panic.

Two points without reply from Stacey Grimes (free) and Aoibheann Leahy created some daylight between them and the westerners. While a Tracey Leonard free kept Galway in touch, Meath appeared on course for the penultimate round when Kelsey Nesbitt (two), Aoibhin Cleary and Grimes combined for four points in the space of five minutes.

The impressive Divilly and substitute Roisin Leonard kept the scoreboard ticking over for the Connacht champions but Meath did likewise through the reliable boots of Nesbitt and Grimes.Meath looked to be in full control inside the final-quarter, until Eva Noone followed a pointed free by Tracey Leonard with a superb goal from a left-hand angle. Leonard’s cousin Roisin was making a huge impact off the bench and she landed a superb score to level matters on 56 minutes.

This looked set to bring the game into extra-time but Duggan had the final say with a booming point on the right flank with just 15 seconds left on the clock.