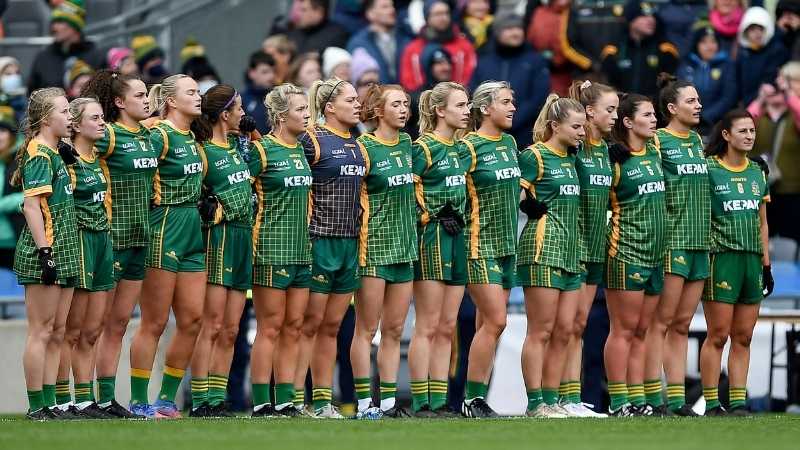 Composure in front of goal saw Meath just edge out Donegal in a tight affair at Croke Park to win the Lidl National League Division 1 final.

The Royals started the game well but a Donegal comeback saw the reigning All-Ireland champions go into the break just a point ahead.

Donegal went into the lead during the second half but a Niamh O'Sullivan goal and a brace of points were enough to see Meath to victory as their opposition were left to rue missed chances.

The Royals pace and power in attack proved too much for Donegal as the first-half progressed and the Meath forwards tacked on points to open a lead on their opponents.

Donegal scored points in the early stages through Geraldine McLaughlin and a Karen Guthrie free but they lacked the running power Meath possessed.

That power was exemplified in the All-Ireland champions' goal directly after the first water-break, when Vikki Wall ran with ball from midfield and layed it off to Kelsey Nesbitt on her left who hit the back of the net to increase the gap between the sides.

When midfielder Orlagh Lally pointed from long-distance to put her side 7 points ahead it looked as if Meath were cruising but Donegal did not give up and returned a point thanks to Yvonne Bonner.

The Ulster side kept the pressure on and won a penalty when Bonner was brought down in the box after a leg trip courtesy of full-back Mary Kate Lynch. Lynch was sin-binned and Niamh McLoughlin stepped forward to slot her penalty into the top left corner.

With Meath down a player, further points from Geraldine McLaughlin and Karen Guthrie saw Donegal go into the break just a point down.

Donegal continued their momentum going into the second-half, inside forwards McLaughlin and Guthrie sending their side ahead as Meath struggled 14 players.

The return of Mark Kate Lynch to the field of play gave Meath the boost they needed and, almost instantly, they began recover their attacking prowess of the first-half.

Orlagh Lally notched a second point to put the Royals on equal terms and a great through ball was collected by corner-forward Niamh O'Sullivan who delivered a killer-blow to Donegal as she scored Meath's second goal and put her side three points ahead.

Donegal stayed fighting and returned two points but missed several great chances to get even.

As the game hung in the balance, Vikki Wall scored from distance to keep Meath ahead as their opponents continued to miss the target.

A late Donegal free saw the sides contest for possession close to the Royals' goal but Meath held out for Division 1 glory, clasping their second National Title on the bounce.