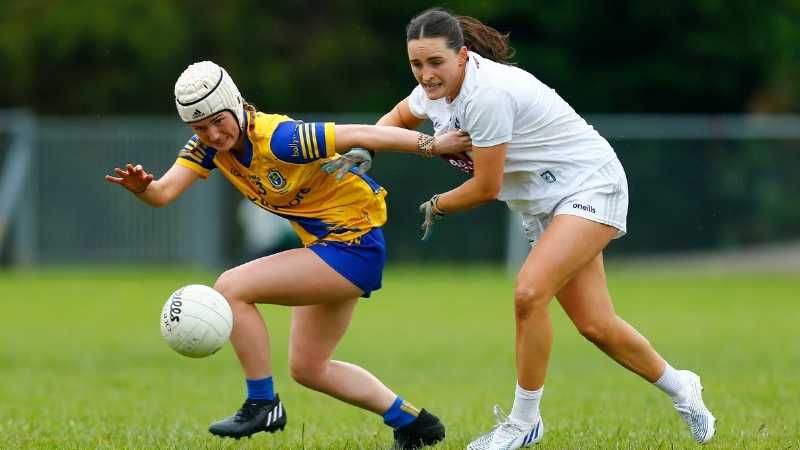 As a result Down and Sligo are in relegation trouble following Sunday’s second round action. Despite their positions in the standings, Leitrim and Kildare are exempt from relegation as Connacht and Leinster champions respectively.

Wicklow hosted Wexford in the pivotal game at the top of Group A in Baltinglass, with the visitors securing a 1-12 to 0-11 victory. Catriona Murray scored the first half goal and the sides were level 1-5 to 0-8 at half-time.

But last year’s beaten finalists came with some sustained pressure late on and Aisling Murphy sealed the win.

The other game in that group saw Offaly get right back into contention thanks to a brilliant 3-11 to 1-10 success.

They beat Leitrim at Bretland Park with goals from Sarah Kehoe, Mairéad Daly and Sarah Doyle cancelling out the effort from Roisin McHugh.

In Group B, Louth got their campaign up and running with a 1-11 to 0-9 victory over Down in Dundalk. Seona Halligan grabbed the only goal of the game late on.

Roscommon saw off Kildare in a thriller at St Brigid’s in Group C. Grace Clifford and Aoife Rattigan found the net for Kildare but the strikes from Fiona Tully (two), Jenny Higgins and Róise Lennon were the difference, as Roscommon won by 4-10 to 2-14.

Tyrone advanced from Group D following their 4-12 to 1-12 success against Sligo in Killyclogher.

Emma Jane Gervin, Chloe McCafferty and Niamh Hughes were among the goals for the hosts.

In the TG4 All-Ireland Junior Championship, Carlow made a perfect start with a 1-9 to 1-5 victory over Fermanagh in Lannleire. Rachel Sawyer scored the crucial goal for Carlow.