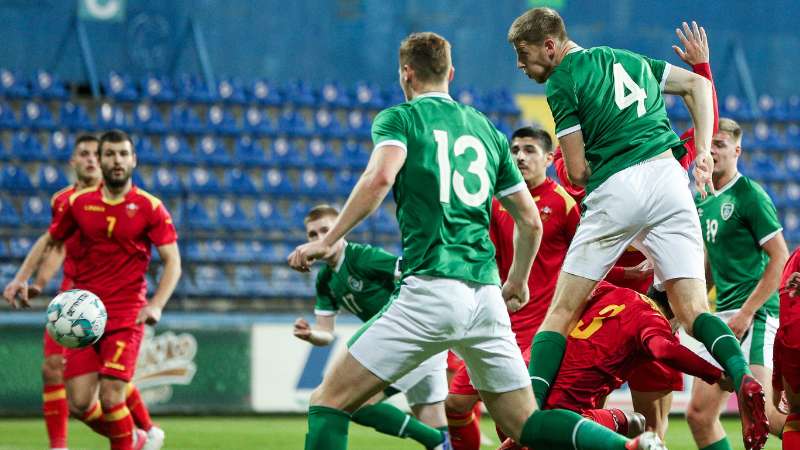 The Republic of Ireland U21’s endured a poor defeat today as they lost 2-1 in Montenegro.

A slow start killed Jim Crawford’s men as they conceded twice in the opening ten minutes. They had spells of pressure throughout and it with 15 minutes to go got a way back in through Mark McGuinness, but a missed penalty in the final five proved costly.

Ireland looked like they were starting ok but were hit in just the fourth minute. Nikola Krstovic bet the offside trap and Maher came out of his goal to regain possession. Krstovic bet him to it, rounded the Bray man and slotted it in.

The visitors didn’t wake up and found themselves two down in the blink of an eye. They were dispossessed deep in their own half and the ball found its way to Ivan Vukcevic, who slammed it into the roof of the net from a tight angle, beating Maher at his near post. The game wasn’t even 10-minutes old, yet Ireland looked shell-shocked.

Crawford's charges threatened at times throughout the rest of the first half, mainly through Will Ferry on the right wing. There was nothing concrete however. They picked up the pace in the second half.

In the 51st minute the referee made one of two dubious calls against the boys in green. Ross Tierney found himself under a high ball and looked to control it in the box, but went down after contact from a Montenegrin defender. There wasn’t a lot, but Tierney was definitely nudged in the box. He was unlucky to be booked for simulation.

Ireland got their way back in 15 minutes from time after a Ferry corner somehow found its’ way through to McGuinness, who stuck it in. It was a result of very poor defending from the hosts.

With 10 minutes to go, the ref made an egregious call. Lee O’Connor sent a throw in to JJ Kayode, who got grabbed and thrown to the floor and was somehow booked for a dive. If this had happened at the senior level, it would be talked about all week.

Ireland somehow got a penalty with six minutes to go. The ball fell to Jake O’Brien, who was caught from behind and went down. Not even this ref would’ve ruled against him.

Sadly for Ireland, Coventry stepped up and his effort was saved, which proved to be their only chance at an equaliser. A frustrating one for Ireland, who now need results next month against the group leaders.