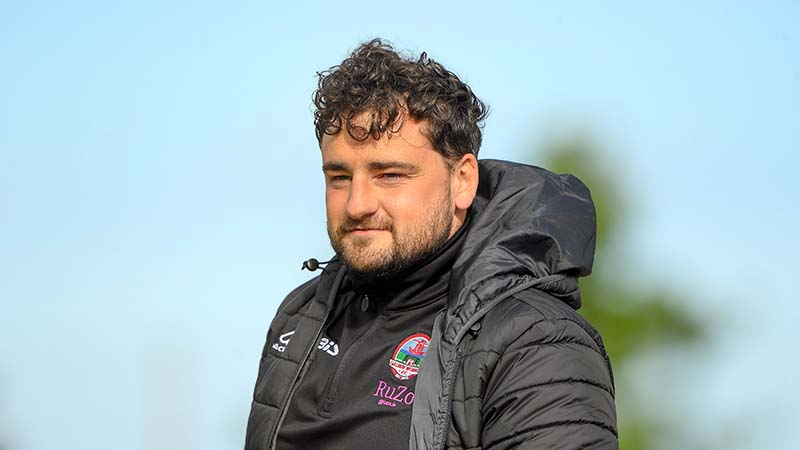 Galway United have confirmed the appointment of Phil Trill as manager of their new Senior Women’s team, having previously held numerous roles within the old Galway WFC setup.

It is a historic first for the Galway Club, as Trill becomes the first ever manager of a senior women’s side, under the Galway United structure, after his five-year run with Galway WFC came to an end this year.

The 29 year old has a proven track record with Women’s soccer in the area, he was head coach with the U17’s, winning the league and cup double in 2019. He then became the Youth Development manager in 2021, managing both the U17 team and the U19 team.

After winning the league and cup double with the U19’s that year, Trill then became Alan Murphy’s assistant manager with GWFC’s senior team last season. He has also built up coaching experience in the underage men’s game locally. He has worked with Corrib Rangers, Salthill Devon, Knocknacarra and various underage teams at Galway United.

Speaking on his appointment, Trill told the clubs media team:

“I’m delighted to have this opportunity. To be the first ever manager to take a women’s team into Galway United is very exciting.

I’m very thankful to everybody for the opportunity they’ve given me and the trust they’ve shown in me. I’m looking forward to leading the club forward.

We want to get a good sustainable brand of football on the pitch. We’re all about pobal, peil and paisean and I’m a big believer in putting our best forward and playing possession based, attractive football.

If we can hit our key principles over the pre-season, that will stand us in good stead for having an exciting brand of football for Galway United fans to watch.“