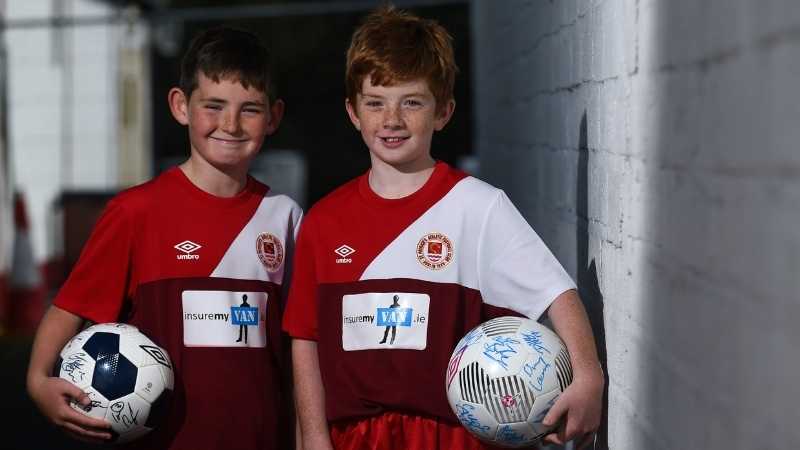 St. Patrick’s Athletic have partnered with massive schoolboy club Cherry Orchard which will see the formation of a pathway for boys and girls into senior level.

This cements a relationship between two clubs with some big-name players in common. Some of the players that lined out for both sides include James Abankwah and Jamie McGrath, while Nathan Collins is another graduate of Cherry Orchard.

“We are delighted to be entering into this partnership.

“Cherry Orchard have played a huge part in developing players that have come to our academy over the last number of years.

“Players like James Abankwah, Glory Nzingo and Ben Quinn came from a very talented 2004 team and have moved on via St Pat’s to professional clubs in Europe and the UK.

“Recent Ireland senior international Jamie McGrath also played for both clubs, with many other examples grow

“Cherry Orchard have excellent foundations in place for boys and girls football and we want to help them grow in this area over the next number of years.”

As part of the venture, a full-time Football Partnership Manager is being sought, while St Pat’s hope to field a team in the EA SPORTS Women’s National U17 League from next year.

Cherry Orchard operate in the Ballyfermot area in the Lawns and, also Elmdale where the clubhouse is situated.

“We are excited to announce this new football partnership with Cherry Orchard, a historic and prestigious club.

Cherry Orchard has a proven track record of developing players from grassroots football to international level, with a number of those players progressing through both the Cherry Orchard and St Patrick’s Athletic Academies.

We look forward to working very closely with the players and coaches of Cherry Orchard, and supporting and developing the next generation of players.”

“We at Cherry Orchard FC are delighted to be entering into this partnership with St Patrick’s Athletic FC.

In the last week, our former player Nathan Collins has been making big headlines for our international team, in addition one of our female players Jessie Stapleton has just made her debut for our Women’s National Team.

To now have the advantage of a player pathway from Cherry Orchard FC into the professional National League academy structures at St Pat’s bodes very well for the future development of our players.

The fact that St Patrick’s Athletic are allocating a full time role to the partnership speaks volumes for the project moving forward.

The quantity of young players, many of them teenagers, playing in the St Patrick’s Athletic 1st Team and gaining professional contracts at a young age provides a true player pathway from underage football into our professional league.