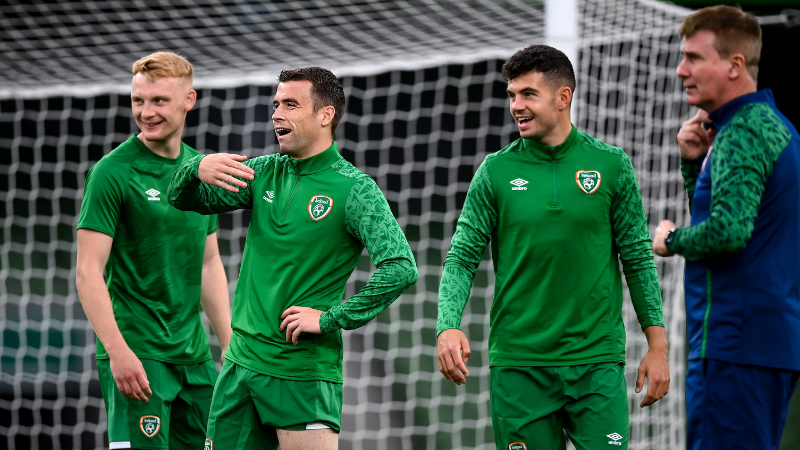 Ex Shamrock Rovers defender Liam Scales has received a callup, to replace the injured Andrew Omobamidele ahead of the Nations League ties with Scotland and Armenia.

The Norwich City defender sustained a groin injury in their 1-1 draw with West Brom at the weekend, and has been forced to withdraw from the squad. Scales now at Aberdeen on a season long loan from Celtic, has linked up with the squad.

It is certainly a huge blow for the defender, having had such a good season so far with Norwich in second looking to be elevated back to the Premier League next year.

Scales can bring versatility to the backline, playing both as a left back or the heart of the defence when needed, Nathan Collins, Dara O’Shea and John Egan are also all available to step into the centre back role.

Preparation began this morning in Dublin as the squad assembled for training, ahead of the first tie with Scotland on Saturday.