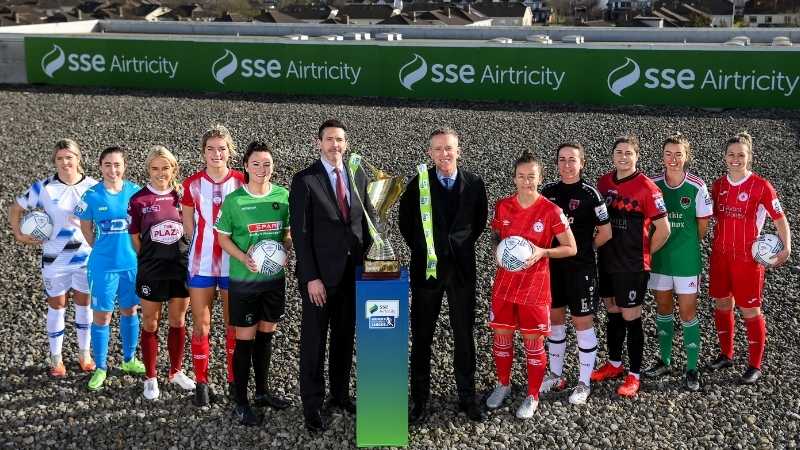 In another huge step for Women’s soccer in the country, the FAI have announced that the League of Ireland is to introduce professional contracts in the Women’s National League from the 2023 season.

It is landmark milestone for the Women’s game, which means female players are now subject to the same equal minimum wage structures as male counterparts, these will now be permitted in the League from the start of the new registration period on December 1st, 2022.

2022 has been a big year for the Women’s game in Ireland, reaching a World Cup, record attendances set and also 11 clubs competing in the WNL from next season, the news of professional contracts is sure to help further the ambition the league has to grow the sport more in the Island of Ireland.

From this date, professional players in the SSE Airtricity Women’s National League will be subject to the same Standard Player Contract and minimum wage regulations as Men’s players in the League of Ireland.

Clubs competing in the SSE Airtricity Women’s National League will be under no obligation to offer professional contracts to players and, similar to the Men’s game, clubs will have the option to have full-time or part-time professional players or amateur players depending on the circumstances of each club.

This historic agreement has been reached after the National Leagues Committee approved the introduction of professional contracts and this decision was ratified by the FAI Board.

The National Leagues Committee will also establish a Working Group to monitor implementation and effects of the introduction of professional contracts to the League. This new significant announcement underpins the importance of continued investment into the Clubs which is vital for the long-term sustainability of professional women’s soccer in Ireland.

Following another significant milestone in the League of Ireland, Director, Mark Scanlon, said:

“Today’s announcement is hugely important in the development of the women’s game in Ireland and represents a watershed moment for the SSE Airtricity Women’s National League. Though attendances, standards and exposure of the game have increased in recent years, women’s football in Ireland still has a long way to go to achieve the potential we know it has.

The announcement of professional contracts for SSE Airtricity Women’s National League players will prove to be a significant milestone in the history of the game here and comes at an apt time as our Women’s National Team, which features many of our WNL players, gets ready to compete at the FIFA Women’s World Cup 2023. Clubs will now be able to provide certainty and a platform for growth for their players as they look to progress on and off the pitch. We look forward to working with all our League of Ireland Clubs to help ease this exciting transition.”