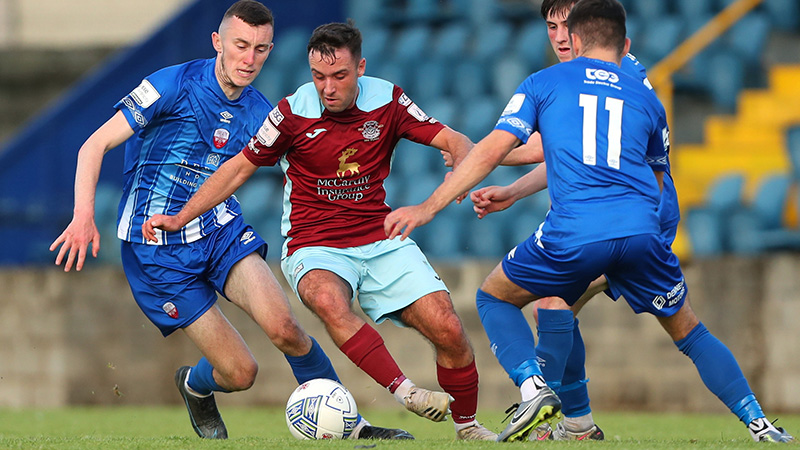 Sean McGrath believes exciting times are ahead for Kerry FC after signing for his home club having spent two years with Cobh Ramblers, as he became the second name to put pen to paper for next season.

Speaking on Monday evening at the Kerry FC media event the Ballyduff native is looking to continue the tradition of being another top quality sportsperson from the parish, while also continuing his family tradition of producing quality sportspeople from his family, as his grandfather Maurice “Mossie” Whelan was rooted in Ballyduff Hurling for many years back in the day.

One of the biggest questions before he spoke to the media was where in the county he was form, North Kerry can be a vast area to many and everyone had a different location for the young wide midfielder, but he eventually let it be known of his proud Ballyduff roots.

“I was born in Limerick but no lived in Ballyduff my whole life, just twenty minutes down the road so no I’m a Ballyduff man.

I played the hurling alright for a small bit only till about U12, U14 never really got into it but all my family play the hurling all, my friends still play you know they love it, its massive in Ballyduff like but there’s always good sportspeople from Ballyduff whether its Hurling, Football or Soccer.”

McGrath is a Kerry FC Academy graduate, who also made two appearances for the Republic of Ireland at under 16 level, he has travelled a far to try and break into the League of Ireland, he moved to Limerick in search of underage football in 2018 before playing for Cork City’s Under 17s in 2019.

He also played Under 19 football for the Rebel Army in 2019 and 2020. Having impressed at underage level, McGrath signed for Cobh Ramblers to play senior First Division Football in 2021 and 2022 scoring two  goals in 27 appearances from midfield. Despite moving around to get some game time McGrath is thankful for his time in Cobh to give him that experience he needed.

“I’ve been around the block a small bit now I suppose probably an experienced 20 year old now I’d say, I just turned 20 there in October I’ve been at a few clubs had great memories, obviously last year was brilliant like getting my first year of experience at Cobh really enjoyed it, massive step up from underage really is tough physical.”

Back in Kerry now as he continues his studies at MTU Kerry, where he is getting a degree in Health and Leisure, he moved back after finishing the FAI FAS course last year, the decision was a no brainer for him to join Billy Dennehy’s set up at Kerry FC, he believes it is long overdue to have a senior side in Kerry and some exciting times ahead with the opening game against his old club to start the season next year.

“Its massive really its huge for the county to be fair it’s probably well overdue, but since Billy’s come in it’s been excellent to be fair, can’t wait to get going really exciting times ahead.

The first day of the season will be a weird one, look I had a great time at Cobh last year and to be fair there’s a brilliant group of lads down there, so no can’t wait to get going, should be a packed house here in the KDL as well so no should be a brilliant night ahead alright.”