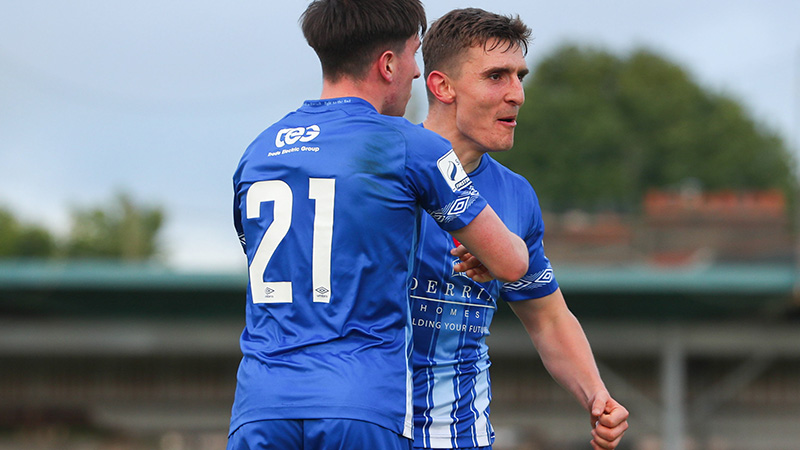 Kerry FC’s newest addition Matt Keane is full of pride to be able to wear the Kerry Jersey next year, as he returns to the Kingdom having spent the last two years at Treaty United.

Speaking on Monday evening at the Kerry FC media event since his signing was announced, Keane was delighted to be returning to his home county to be able to lay at Senior level, with the honour of wearing the Kerry jersey too good to pass down.

“Great to be back in Kerry, obviously I was up in Treaty the last two years, but to be back in Kerry is a great feeling a very proud moment, wearing the Kerry jersey in any code is a great honour, every week you go out representing your family and your friends and the people of Kerry, it’s great to be back home and representing the people of Kerry, obviously I’m living in Killarney and I work in Tralee so it all makes sense to come home.”

Keane is an accomplished Gaelic Footballer while at local level he played soccer with Killarney Celtic, the Kilcummin native captained The Sem in Killarney to an O’Sullivan Cup win in 2013 and scored the first goal in Croke Park in 2019 when Kilcummin won an All-Ireland intermediate club title, Keane would have to travel to play in the League of Ireland but believes this platform will be a huge boost to players in the county and it did not take much to convince him to join.

“I’ve actually nearly been jealous of the young fellas here in Kerry having an opportunity since U14, U15, U17, U19, being able to represent their county, I’ve been following them the whole way through, you can see that the talent is really starting to come through here in Kerry, even the young fellas who are coming up training with us like the talent there is unbelievable.

It was hard for me I kinda had to travel if I wanted to play at a high level or to play senior soccer, I had to go away up to Limerick and that’s what I wanted to do for two years but once the opportunity to sign for Kerry came it took Billy about 30 seconds to convince me so, that says what it is.

I had a great time up in Treaty look I have to thank them so much for giving me an opportunity to go back into the League of Ireland, as a person down in Kerry for the last few years its been very hard to play at a senior level, like you see with Sean McGrath he had to go up to Cobh I was obviously travelling up to Limerick, it’s so important that we have this pathway that all the work that’s gone on at underage for those young people, I suppose a lot of people fall off after youth level or after U19, there’s not really much go back and play to Junior soccer and I suppose they are dropping down a level, so its important now to have this pathway for players in Kerry.”

Leaving Treaty United was certainly not an easy decision for Keane but the lure of his home County and working locally just made sense for him to join, he spoke fondly about his old club for giving him the chance to play in the League and is looking forward to heading back to his old stomping ground the Markets Field with Kerry FC next year.

“As I’ve said I’m very thankful to everybody in Treaty for the opportunity they gave me, especially Tommy Barrett who was so good to me since I came up there so, I had a great time there and all I can do is thank the boys a lot.

I can’t wait to go back up to Markets Field, I’ve so many great memories there look we got to the play-off’s the last two years, we got to an FAI Cup semi-final last year as well so there’s nothing but good memories there, had a great time got on so well with the board with the management there with all the players with the fans, I suppose they were saying my name last year I’d say they will be singing it in a different way this year but definitely looking forward to going back there and seeing those old faces again, because I had such a good two years there.”