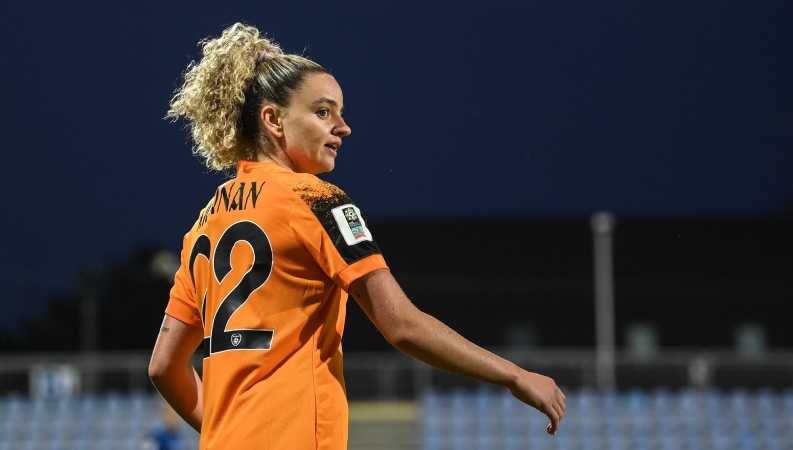 Liverpool have today announced that Ireland International Leanne Kiernan is to undergo surgery after suffering an ankle injury in the opening round of the Women’s Super League against Chelsea at the weekend.

The statement revealed that the results of the scan confirmed the worst news that Kiernan would require surgery and be out for months.

Kiernan is a huge loss to her club, who she was top scorer for last season but also to her country as Ireland prepare to face the winner of Scotland v Austria for a potential place at the World Cup in early October.

The 23-year-old came on as a sub in Ireland’s final Group match against Slovakia away earlier this month, a game which the Girls in Green won 1-0.

Ireland came second in their group, and their points total matched against the other second-place teams meant they automatically qualified to the second round of the playoff phase, with the draw seeing them travel to the winners of Scotland or Austria who play days before that tie.

Kiernan added a note to thank supporters at the end of the piece, saying “Thank you to all the fans who reached out to me, your support means a lot. I’m looking forward to getting back out there as soon as I can. See you soon.”