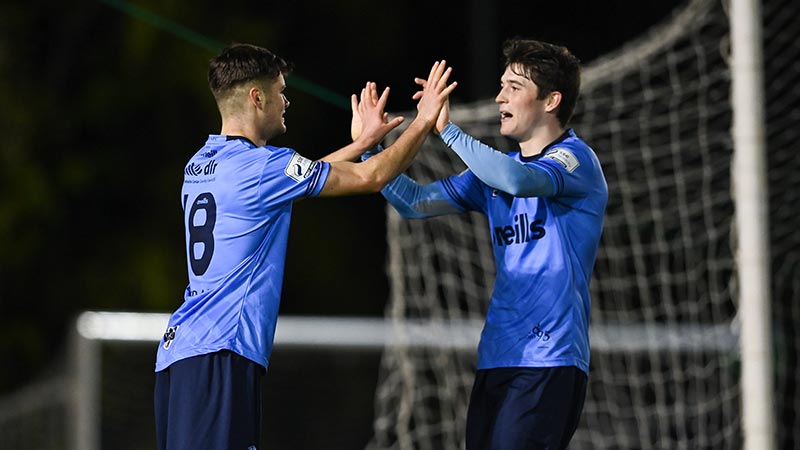 A late-late goal from UCD debutant Evan Caffrey ended their losing run and compelled Wexford to another defeat as the Students picked up the three points late on at the UCD Bowl.

Jack Moylan got the visitors off to the perfect start with a shock lead, but Colm Whelan equalised from the penalty spot and Caffrey snatched a late winner to give the home side the full complement of the victory.

Ian Ryan’s game plan to frustrate his former employers came into effect from the kick-off as his side took the game to the hosts.

Jack Doherty went close for Wexford as he latched onto a cross that came into the area but it was at the last second cleared by Michael Gallagher at the vital moment. They did get their just rewards for their high press when Wexford took the lead as a cross sent into the area saw Moylan on hand to head it over Lorcan Healy to take the lead.

UCD responded with chances of their own as Sam Brennan's tame effort was saved by Corcoran before the Wexford custodian was called into action for a different reason.

The hosts were awarded a penalty after Colm Whelan was fouled in the area and the Students top goalscorer added goal number ten of the season to his tally as he despatched the penalty with ease. UCD nearly went ahead within 90 seconds of the equaliser as Eric Weir picked up the ball and unleashed a fantastic effort that cannoned off the Wexford goals' crossbar.

A slow burning second half ensued, but the best of the opening exchanges was when the ball was sent into the back post and Wexford’s Karl Fitzsimons struck it the first time but his half volley went over the bar.

Jack Doherty's effort from a free-kick just went wide as their intent to frustrate the home side continued. UCD on the counter-attack were toothless at times as the Wexford defence dug into averting any danger. Whelan looked to double his tally as he got the first real sight on goal in the second half for UCD as he broke free of the visitors defence but he hit his effort over.

UCD took the lead and won the game in the 93rd minute as Whelan sent in a deft pass to debutant Caffery who slotted it home to take the win in what can only be described as a dream debut.