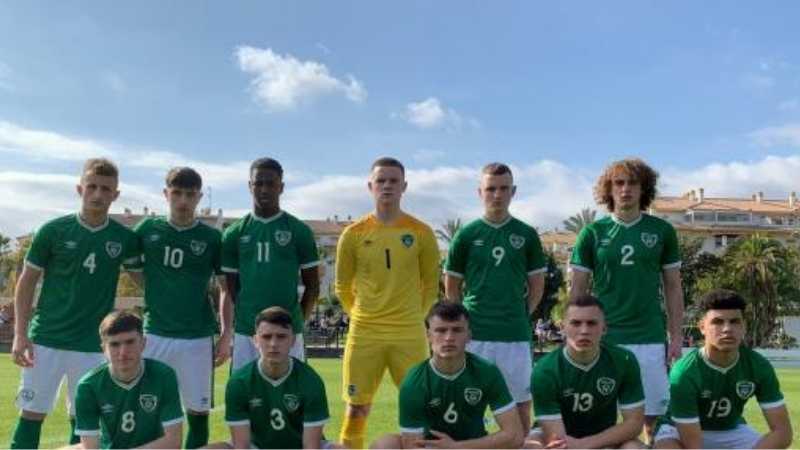 A last-minute Belgium goal denied Ireland a comeback win as the first of a friendly doubleheader between the countries this week ended 2-2 in Spain.

Noah Mawete Kinsiona's strike put Belgium ahead but was cancelled out by Cork City's Franco Umeh.

His clubmate Mark O'Mahony put Ireland 2-1 up before the break with his eighth international goal of the season just minutes after Conor Walsh saved a penalty.

The Red Devils earned a draw when a 90th minute deflected cross found its way into the Ireland net.

It was Ireland who came closest early on. In the sixth minute Justin Ferizaj’s floated free-kick just needed an Ireland shirt to get on the end of it but it evaded everyone and went harmlessly wide.

Four minutes later it was Belgium who took the lead. The Belgians broke down the right and on the edge of the area was Standard Liege’s Mawete Kinsiona who found the bottom corner with a fine finish.

But Ireland fought back. Umeh reacted fastest from an Ireland corner to equalise for the young Boys in Green in the 20th minute.

And the drama of the first half wasn’t to end there. In the 36th minute Belgium were awarded a penalty after Curtis felled a Belgian attacker. Brahim Ghalidi was denied by Conor Walsh who dived to his left to keep the score at 1-1.

Two minutes later Ireland turned the game on it’s head. Ferizaj played through O’Mahony one-on-one with Tom Poitoux and the Cork City striker made no mistake scoring his eighth goal in eight internationals this season.

At half time Senan Mullen replaced James McManus to make his Ireland debut. Gideon Tetteh was also introduced after the break, replacing Umeh.

Ireland's best chance in the second half came in the 63rd minute. Darius Lipsiuc found himself in on goal when he collected the ball from 25-yards-out and weaved past three Belgium players. With just the goalkeeper to beat the St. Pat's midfielder saw his effort go over the bar.

Shortly after Dan McHale and Sean McHale made their Ireland debuts coming on for Luke O'Brien and Manuel. Caden McLoughlin came on for goalscorer O'Mahony.

With Ireland close to an impressive win out in Spain, Belgium equalised when Vicent Burlet's deflected cross found the Ireland net in the last minute.