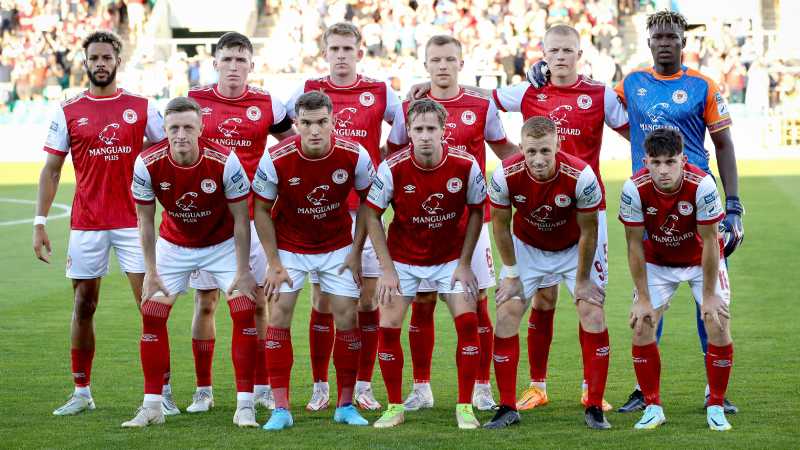 It is despair for St. Patrick’s Athletic as a late Ivan Turitsov penalty kick sends CSKA into the Play-Off round of the Europa Conference League (2-1) on aggregate.

CSKA took the lead with an all too easy goal as Garcez De Jesus headed home from close range to level the game on aggregate. It was the winger who won the corner originally when he had a ball played down the line to him forcing Redmond to come across and put it behind. Midfielder Thibaut Vion took the set piece and picked his teammate out who was unmarked in the six-yard area.

The first half saw a lot of niggly fouls, particularly from the visitors who first had players booked for poor challenges on Anto Breslin and Billy King. St. Pat’s grew into the game and went closest through Adam O’Reilly who found himself inside the penalty area following a lovely pass from King, but the midfielder couldn’t lift it over the CSKA goalkeeper Gustavo Busatto.

Once taking the lead, CSKA looked to slow the game down whenever they could with multiple players going down with injuries that needed treatment. Anang was kept mostly untroubled throughout the remained of the first half. Alvarez had an effort from outside the area, but the on-loan West Ham keeper gathered it comfortably.

The Saints started the second half on top with Forrester inches from going one-on-one with Busatto from a lovely King pass. The tackles continued to fly around the pitch as Grivosti, Shopov, and Atakayi were all cautioned by the referee.

With just over ten minutes left Forrester played through Atakayi who forced a save out of Busatto. The ball fell to O’Reilly again inside the penalty area, but he mishit his effort which went wide despite the best efforts of Eoin Doyle trying to steer it goal-bound.

A minute later a diagonal ball to the right-hand side of the Pat’s back four was deemed to have hit Brockbank’s arm, and Ivan Turitsov made no mistake with the penalty kick, sending Anang the wrong way.

Eoin Doyle went close with five to go when his near post glancing header went just wide. Pat’s failed to really create anything after that and CSKA held on to go through.

At the full-time whistle, there was a big bust-up between both sets of players with Adam O’Reilly and a CSKA player right in the thick of it, with both players eventually being sent off. As the CSKA player in question made his way off the pitch, Forrester looked for seconds before he had his head in his hands as if he had been struck by the CSKA player.

CSKA now go on to play Basel for a place in the group stages, but the European journey is over for the Inchicore club.