Historic European night for Sligo at the Showground against Motherwell 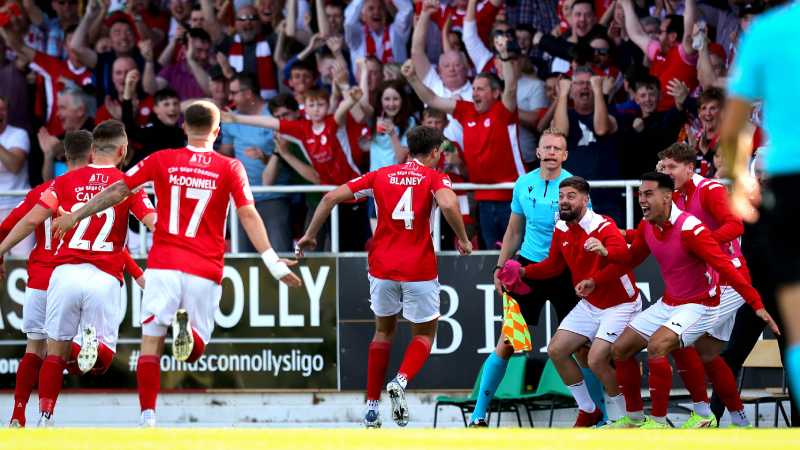 They will play Norwegian side Viking in the final qualifying round, with the first leg to be played at the SR-Bank Arena on August 4.

Sligo were strong and overly forceful in the tackle, as evidenced by giving away a few too many free-kicks early on.

Motherwell equalised from one, eight minutes later, but thankfully for the hosts, Ricki Lamie's close-range effort was swiftly ruled offside.

If VAR was in operation, Adam McDonnell's yellow card would've been upgraded to a straight red after he slid late and recklessly on Josh Morris after 15 minutes.

The visitors were unable to create any meaningful chances until the dying embers, with Sligo absorbing pressure well before looking threatening on the counterattack themselves.

Connor Shields, his first sub of the evening, missed a great chance to level the scoring after Paul McGinn's ball across the box evaded his outstretched legs.

David Cawley could've doubled Sligo's lead, but was thwarted by a brilliant Barry Maguire sliding tackle after great work from William Fitzgerald to skip past two defenders in transition.

Sligo absorbed pressure well and looked threatening on the counter themselves, but a more clinical side would've surely hurt them at least once.

Mata, who could've had a brace last Thursday, stayed composed to kill the tie in stoppage-time after latching onto an over-the-top ball and calmly slotting past Liam Kelly at his near post.

2-0 on the night and a well-earned result over two legs, the vast majority from a sold-out Showgrounds will travel home happy tonight.

They hadn't won consecutive European ties in the same season but will savour a memorable evening before turning their attention to First Division side Wexford in the FAI Cup on Sunday.

Then, a trip to Stavanger awaits this time next week as they look to continue their adventure even further.