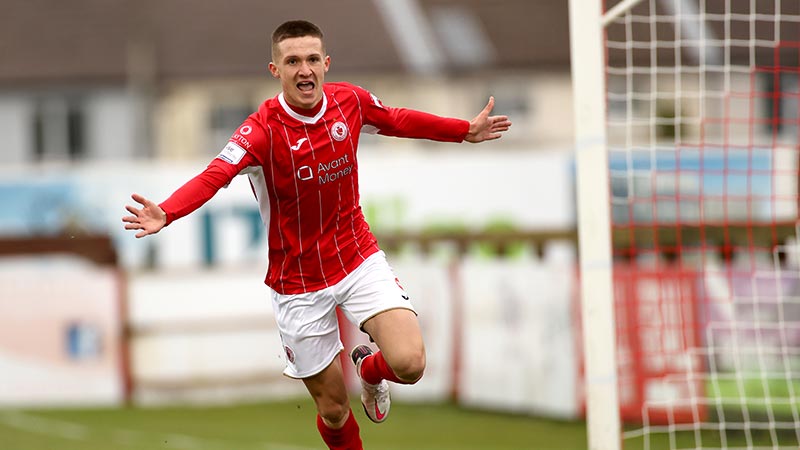 An early second half goal from Johnny Kenny delivered Sligo Rovers their third win, as Finn Harps suffered their first defeat of the campaign at the Showgrounds.

17-year old Kenny made an impact as a half-time substitute for the Bit O'Red, as he cheekily closed down Harps keeper Mark Anthony McGinley to deliver his first Senior goal; and the only goal of this North West Derby.

This game started slowly, with both sides struggling to maintain any sustained amount of possession in the first 20 minutes. From then on Sligo slowly took control of the game as the midfield of Niall Morahan, Jordan Gibson and Walter Figueira took the reins and slowly broke down the Harps defence.

The first half was a fairly uneventful affair until the 36th minute when a 70-yard delivery from Greg Bolger found Romeo Parkes at the edge of the Harps area, whose deft touch took him past the defender. He then tried to lob McGinley in the Harps goal. However, a slight touch was enough to see the ball go out for a Sligo corner.

Sligo continued to gain full control of the game only to find the Harps defensive set up too much to break down in the first half.

Kenny came on for Ryan DeVries at the break. The latter making little impact on the game in the first period. Full of energy and confidence Kenny made his presence known early on as he put pressure on the Harps defence.

Sligo made the breakthrough when Kenny forced a back pass from McEleney to McGinley in the Harps goal. The Harps custodian instantly knew his mistake, as he took too much time to clear any danger when a tenacious Kenny used his pace to quickly close down the keeper; dispossess and tap the ball into the empty net.

The hosts confidence grew as both Gibson and Figueira were extremely lively on either side of the midfield peppering the Harps end with shots and crosses from either side and through the middle.

Harps in-form striker Foley, who was an injury doubt going into the game; was unable to find his form and the Donegal side struggled to offer anything to worry the strong defensive pairing of Mahon and Buckley; or the confident McGinty in the Sligo goal.

In the closing stages of normal time Harps came closest to equalising, when substitute Sean Boyd almost latched onto a cross from the left only for a last-ditch effort by Robbie McCourt to deny the man from Swords his first goal of the season.