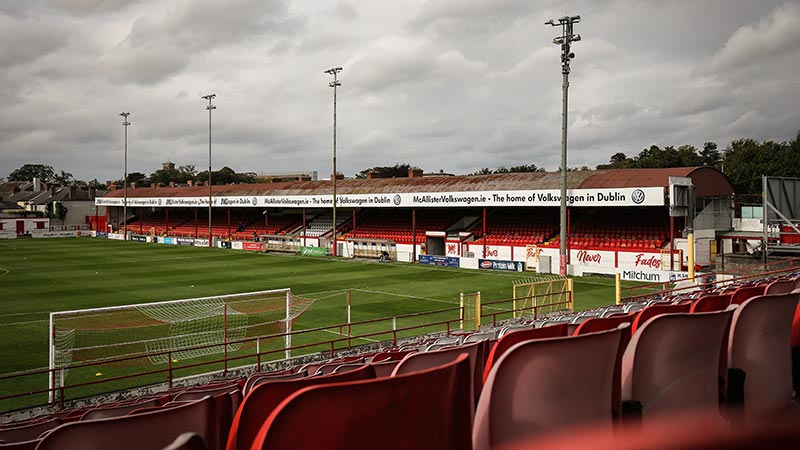 The hosts were ruthlessly efficient in the opening half, and then using good game management on the restart, simply didn't allow the students in the match.

Dominating the first half, Shels imposed their style of play on a young UCD side who did not seem to have an answer. They passed the ball with a tempo that really disjointed the visitors defence.

In the first half, Shelbourne put great pressure on UCD and did not give them any space to play their normal style. Shels were in control of the game, maintaining possession and playing with real intensity. Ryan Brennan was at the heart of a lot of their best play. The home side were by far the more aggressive team and they frustrated UCD. This was beginning to show in their game-play, and it was a rash challenge by Evan Weir which conceded the free-kick, from which JR Wilson scored in the 22nd minute.

Ryan Brennan scored his sixth goal of the season two minutes later, after yet another brilliant cross from Kev O’Connor. Shelbourne were excellent in snuffing out any opportunities for Colm Whelan, who had only one dangerous dribble into the box in the first half, on the half hour mark.

Shelbourne were clearly in the ascendancy, and in truth, the result was never really in doubt after Brennan’s goal. Indeed, silky skills shown by YoYo Mahdy two minutes later when he slipped in Brennan, who finished to the net, only to be denied by the linesman’s flag.

Five minutes before the break, a UCD free-kick into the Shelbourne area which was poorly defended, the ball spilled to Harvey O’Brien who showed great technique to swivel and shoot, rifling a shot into the roof of the net.

Shelbourne responded really well. A Ryan Brennan header just a minute before the break gave them a 3-1 interval lead, which was probably an accurate reflection of the play.

In the second half, despite sustained possession from UCD, Shelbourne controlled the tempo and neither side really threatened to add to the scoreline. Shane Farrell was instrumental in breaking up play and almost slipped in Brennan for a hat-trick. Shelbourne were happy to sit back and ultimately take home the three points.