Bohs bow out of Europa League 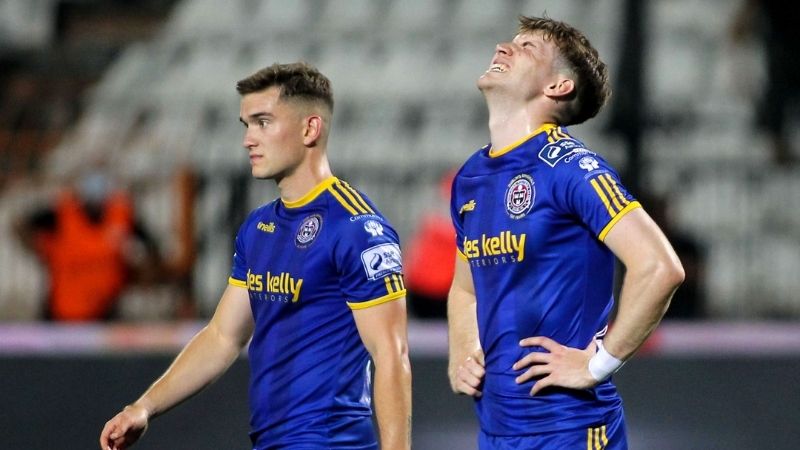 PAOK Salonika had the measure of Bohemians tonight in Thessaloníki as they cancelled out the Dublin side’s first leg lead to claim overall victory in the UEFA Europa Conference League tie.

A Stefan Schwab header followed by a Diego Biseswar thunderbolt secured the three points and left The Gypsies devastated as they crash out of the competition with both incredible memories and a tinge of regret.

A goal-less in the second half, Keith Long’s men will have been disappointed not to have got on the tally sheet after an improved performance after the interval.

Coming into it the Irish side knew it was going to be tough given PAOK’s exceptional record at home, having emerged victorious in 21 of their last 22 games.

They heat didn’t aid the situation either as Bohs donned their blue and yellow kit amongst 31 degrees and 46% humidity.

The home side had the pick of the chances, converting one of their earliest to ensure it was an uphill battle for the capital city side from the 3rd minute.

Stefan Schwab managed to get on the end of a cross to slot the ball past James Talbot, supplemented by Diego Biseswar solo run strike just before the half hour mark the fixture was all but wrapped up before halftime.

A superb 10 minutes afterwards gave Emerald Isle onlookers a glimpse at hope as Dawson Devoy and Georgie Kelly had opportunities Bohs fans would have put their house on them to score, but to no avail.

The ensuing last hour saw a repertoire of substitutions enter the fray and the Dublin outfit up the intensity to find the aggregate equaliser but it never surfaced, only locating yellow cards for Keith Buckley and Rob Cornwall in sheer desperation instead.

Keith Ward nearly made a miracle in the six minutes of stoppage time, but his effort veered wide and meant Bohs bowed out of Europe as record breakers 2-0 in the game and 3-2 over the two matches.