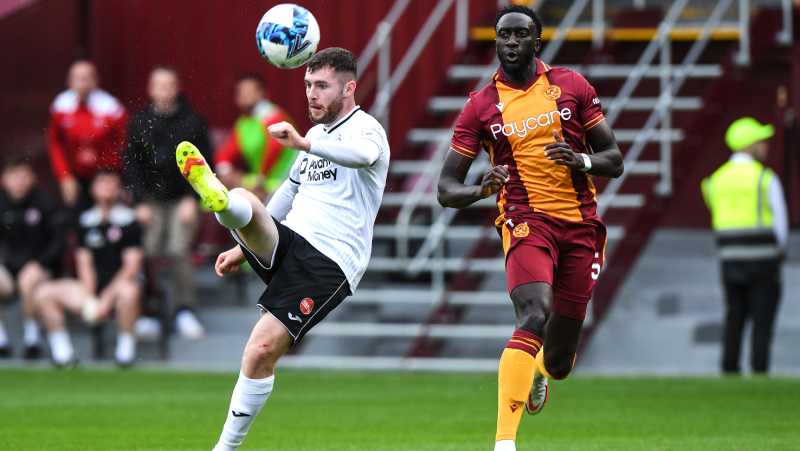 Aidan Keena proved to be the match winner, as Sligo Rovers took a huge one-goal margin back to the west, after a sensational performance in Scotland this evening.

It takes guts and determination to survive in Europe competitions. Sligo have shown both to date, and taking on a well-versed Motherwell team, they produced a masterclass ahead of their second leg.

Keena back to scoring on Scottish soil once more following numerous spells in the country, his poachers' instinct aiding the Bit O’Red again this evening, a big game next weekend to come.

Neither team dominated from the off as chances came at both ends, Will Fitzgerald flashed a shot just wide of the goal in the opening seconds, while Josh Morris forced Luke McNicholas into a stop just seconds later.

Sligo should have taken the lead in the ninth minute, Lewis Banks reacting well to a loose ball in the area, his shot from close range was somehow held onto by Liam Kelly, the Scottish showstopper expertly keeping it level.

The visitors were searching for their goal and managed to get their breakthrough from a huge error by Bevis Mugabi, the defender looking to head back a long through ball back to his keeper, he fluffed the pass and Aidan Keena stole possession and looped a chip shot over the onrushing keeper for a 1-0 lead, with 28 minutes on the clock.

Just four minutes after the restart McNicholas was brave to deny Kevin Van Veen from a 1v1, the Sligo stopper diving to the ground to keep the minnows ahead in this crucial tie, their backline including Garry Buckley deployed as a makeshift centre back doing well to snuff out the danger.

Ross Tierney looked dangerous after coming off the bench, the ex Bohs man looking to score against the Irish outfit, the ball fell to him in the 70th minute and a glorious chance saw him strike the side netting.

McNicholas was again tested from all angles by the steelmen, Max Mata had a great chance just off the bench to make it 2-0, he was set clear but failed to set himself right, a huge mistake from the New Zealand international as it looked a certain goal scoring opportunity.

Late calls for a Sligo penalty as Mata had a header strike the arm of Motherwell defender Luke Carroll on route to goal, but the referee saw nothing and waved the protests away, it was the hands of McNicholas that kept Sligo ahead late on another great stop, ensured their advantage will give them hope in Sligo next week.