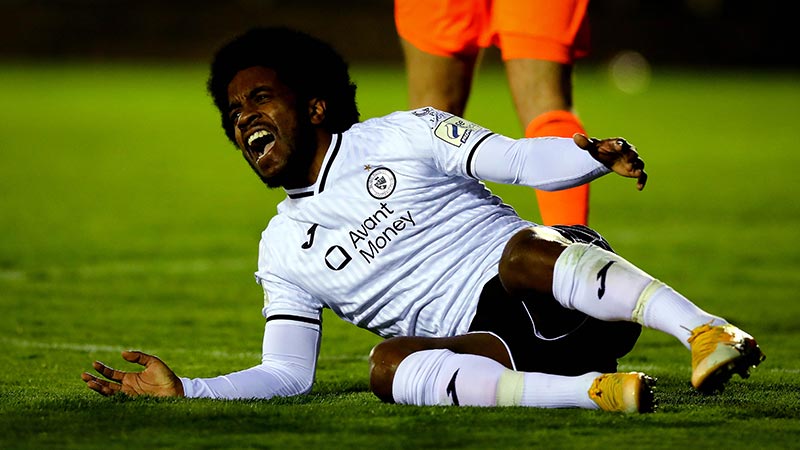 Sligo Rovers kicked off their away league fixtures with a 2-1 dismantling of Waterford FC as Romeo Parkes and Jordan Gibson scored for Sligo Rovers and Cian Kavanagh marked his debut with a goal for Waterford.

On a RSC night when Liam Buckley could have played with more defenders, Sligo Rovers toyed with the premier division’s lowest-ranked team who rarely made an impact past the half time mark. Liam Buckley gave 100% trust with the team he selected last weekend against Dundalk and it paid off for the Bit ’O Red. Liam Sheedy on the other hand decided to put his full faith on the young guns to pull through.

It was always going to be a case of how many Sligo Rovers would score against Waterford FC rather than conceding, where Buckley did get the ruthless edge he would have wanted running out 2-1 winners. Kevin Sheedy decided to depend on new signing Prince Mutswungama instead of Daryl Murphy showing a potential change of guard.

Sligo Rovers held out for five minutes before new singing Cian Kavanagh opened the scoring for Waterford- and his Waterford account - against the side placed 10 th in the league table before Sligo Rovers striker Romeo Parkes volleyed the ball in the net at the other end.

Cian Kavanagh began life for the blues with a fifth minute header from a Waterford corner kick. Sligo Rovers very own young prospect Johnny Kenny also had his chance of a headed goal which unfortunately went wide for the red and white army in only the 10 th minute. While Waterford FC knew how to attack Ed McGinty pulled off a fantastic double save in the 19 th minute helping Sligo Rovers become a stronger unit.

Romeo Parkes, in only his second appearance back from his loan spell, added a volleyed second. Poor finishing and fine saves from inspired Waterford goalkeeper Brian Murphy kept the score line down, just as it did in the second half. However Sligo Rovers could put a lot blames on their team.

Jordan Gibson marked his second appearance with an assist for Romeo Parkes in the 35 th minute. Liam Buckley’s Sligo Rovers battled back from a goal down to beat Waterford 2-1 in a league game. The visitors got the winner on the 53rd minute when Jordan Gibson’s shot outside the box was fired inside the net.

However in the rest of the second half neither side grew into the contest and the game was already turned on its head with the Gibson wonder strike. Walter Figueira had a shot hit wide in the 55th minute and despite chances at either end neither side added to the score.